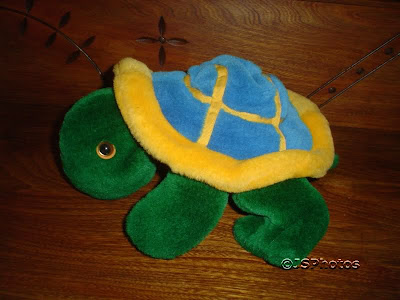 * Vladimir Matyushenko over Jason Brilz, decision
We start with a complaint, since I've got to wonder why this fight is on the main card. This is bound to be a ground-control/stand-against-the-cage affair that promises to be uninteresting at best, dull at the worst. (Prove me wrong, guys!) There is no reason why this should be on the PPV card while a guaranteed slugfest like Diaz/MacDonald or a submission war like Roberts/Patrick is relegated to the pre-show. This is Brilz's first match since he was jobbed out in a decision to Rogerio Nogueira last May, so I'll use his long layoff as an excuse to pick the Janitor.

* Jose Aldo over Mark Hominick, TKO, R2
I had a chance to meet Mark Hominick last week, shake his hand and wish him luck on his upcoming title shot. While my wishes were genuine (he's a London boy, after all), I couldn't help but think in my head, "Brother, you are in for a world of hurt." Jose Aldo is 24 and already getting buzz as one of the best pound-for-pound fighters in the world. The phrase 'young Anderson Silva' has been tossed around. It's an interesting mirror to the main event --- whereas GSP is the overwhelming favourite AND he has the hometown advantage, Hominick is the overwhelming underdog BUT he has the hometown advantage. And, for as good as Aldo is, he wouldn't be the first allegedly-unbeatable fighter that's been proven to be human. So even though I'm picking Aldo just cuz, a Hominick victory wouldn't be a total stunner.

* Lyoto Machida over Randy Couture, KO, R2
Hey, speaking of allegedly-unbeatable fighters, here's Lyoto Machida! After 'winning' over Shogun Rua in a very dicey decision, getting KTFO by Rua in the rematch and then losing a controversial decision of his own to Rampage Jackson, Machida is in bad need of a victory here. There is no reason in the world he should lose to Randy Couture, a man 15 years his senior and a guy who really doesn't bring anything to the table that really threatens Machida. Couture's best chance is if he can hold Machida against the cage for two rounds and then survive the third to win a decision, but while Rampage did this last November, Rampage also had the chin to survive a couple of big shots from Machida. I'm not sure Couture has the same. Couture has announced that this will be his last fight (pause here for a grain of salt) and it would be admittedly pretty incredible if he could go a winner after pulling off one more huge upset. I just don't think it'll happen.

* Ben Henderson over Mark Bocek, submission, R3
This is one of the darkhorses for Fight Of The Night honours. Two really good submission guys, going toe-to-toe, and it's a good measuring post to see just how good Ben Henderson is. When last we saw Bendo, he getting a jawful of Anthony Pettis' foot in perhaps the best MMA highlight of all time. Now we can see how good this guy is against UFC competition and a tough guy like Bocek, one of those classic gatekeeper-type fighters. Maybe I'm just feeling sympathy for Henderson to rebound and be something more than Anthony Pettis' victim, but I think he has enough to overcome Bocek and his hometown cheering section.

* Georges St. Pierre over Jake Shields, decision
Shields winning would be probably the biggest letdown of all time, in anything. Yes, this includes the Great Depression. Millions of unemployed, starving people and a massive economic collapse < a guy losing a prizefight. Fortunately, GSP is awesome and I genuinely can't see any way that Shields can win this. St. Pierre is the better striker, wrestler, submission artist and French-speaker, though that fourth thing probably won't come into play. Shields has no chance. He *deserves* a title shot since he's won his last 15 fights (in both the middleweight and welterweight divisions) and hasn't lost since 2004, but it's a sign of just how dominant GSP is that despite Shields' impressive record, nobody is giving him a snowball's chance in hell.

The interesting next step will be what comes next for St. Pierre. Anderson Silva is scheduled to defend the MW belt in Rio in August against Yushin Okami, so once Silva takes him out, that technically clears the path for the much-rumoured GSP/Silva superfight. Since Georges has said that he needs time to properly put on weight to move up a division, would he take most of the year off and aim for a Silva fight on Super Bowl weekend in February, or could GSP face, say, Nick Diaz in August? That'd still give him six months to bulk up in prep for Anderson. GSP has pretty much cleaned his division out so it's not like there's any real threat looming (even Diaz is just the king of the minor leagues), and as much as I'd like to see him fight regularly, I can certainly understand his wanting to be in prime form if he's going to try to knock off the unstoppable Anderson Silva. We'll see.