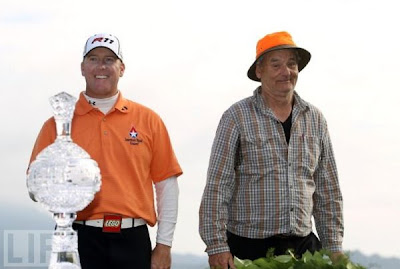 Restart. It's only April, but other than THE PACKERS WINNING THE SUPER BOWL, I'm not sure if any sports story will top Bill Murray winning the Pebble Beach Pro-Am last February. For non-golf fans, the Pebble Beach tournament pairs together a pro with an amateur player (a celebrity or a business mogul) for three rounds, with the top 25 or so pairs making it to the final round on Sunday. The pros are playing their own individual tournament alongside this, and their scores are added to those of the amateur partners (with some handicap stuff factored in, I believe) with the lowest score winning the team event.

And this year, Bill Murray actually won. Murray has been a highlight of the Pebble Beach tournament for years, due to his unique combination of both intensely caring and respecting the sport of golf and completely not giving a shit what people think of him. He'll do stuff like buying ice cream bars for his entire gallery, or dance with fans in sand traps, and some of the stick-in-the-mud pros have actually asked to not be grouped with Murray for fear of being distracted by these antics. One pro, though, actually requested Murray as a partner -- D.A. Points, a youngster from Illinois, who grew up a huge Murray fan and embraced the challenge of playing alongside him.

As it happened, they were a perfect match. Points had the week of his life and picked up his first PGA Tour victory. Murray, a very solid golfer but never really a threat in this tournament, played some spectacular golf himself and even played a role in Points' victory, with his jokes helping keep Points calm down the stretch. Murray, ever the class act, deflected attention during the post-round interviews, preferring to keep the focus on Points winning his first event.

In short, Bill Murray = awesome guy. This has been a very long preamble to a link about 30 very entertaining pictures of Murray on the golf course. These could all be stills from a Wes Anderson movie set -- you know a guy is a legendary comedian when even a picture of him just standing there looks funny.

Some of the highlights.... 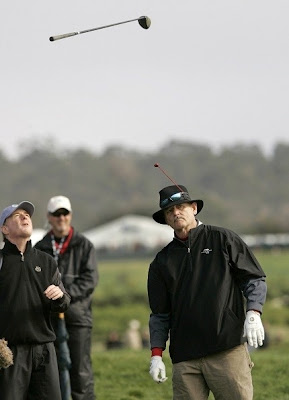 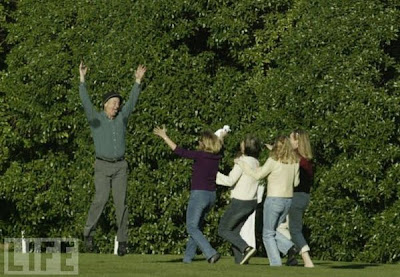 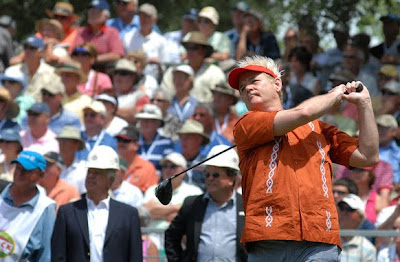 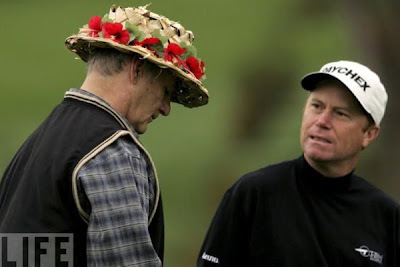 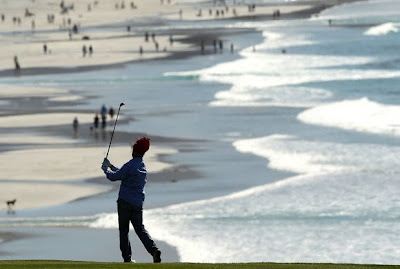 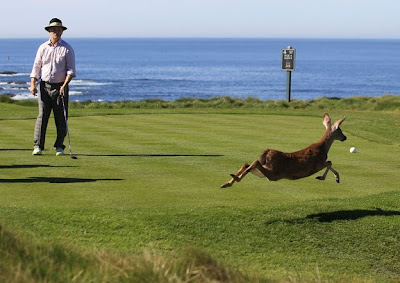 Posted by Question Mark at 1:54 PM

Bill Murray is so funny! Loved him in Caddy Shack!