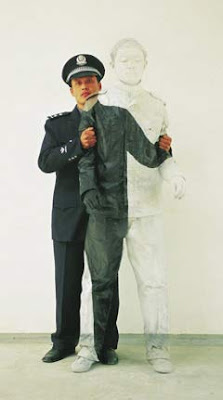 Pretty much anything is good if you affix a 'ghost' suffix to it. Well, except for Bill Cosby's movie Ghost Dad. And the Ghost Rider movie. And probably many more things that I'm forgetting that totally invalidate my opening sentence. But BY AND LARGE, things with a 'ghost' suffix are awesome. Ghostbusters. The Ghostercoaster at Canada's Wonderland. The movie Ghost World, which I believe is now subtitled 'The Last Time Thora Birch Was Considered More Attractive Than Scarlett Johansson.'

Man, I'm getting off-topic. Anyway, now you can add the Ghost Man to this latter list. He's a conceptual artist who is half-chameleon, half-future victim of lead poisoning thanks to covering his entire body with paint on a semi-regular basis. This link contains all of his known photos, but I've also reprinted a few of his better ones below. I swear, I had to look at that construction site pic for a few minutes before I finally spotted him.

I did a Google search on the guy and, interestingly, 'Ghost Man' is apparently a racist term for Chinese people, so I hope that that's this guy's deliberately chosen name and not just the Hi-Fructose Magazine writer being a prejudiced douche. I don't want to get myself into a Stan Marsh-on-Wheel Of Fortune situation here. 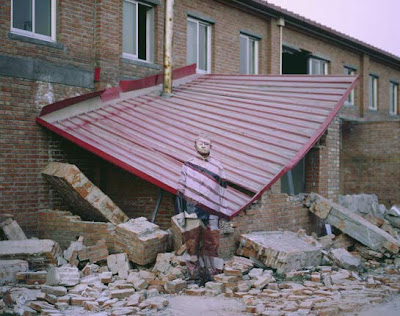 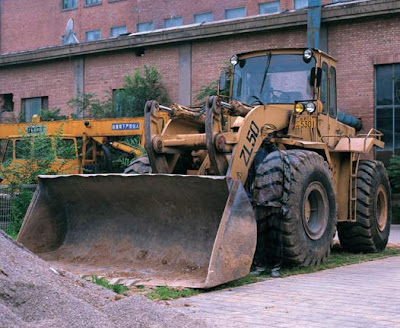 Posted by Question Mark at 1:34 AM