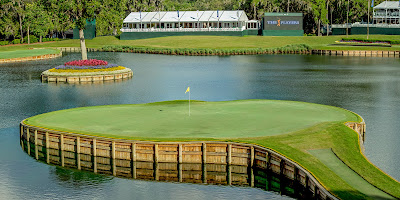 The Players Championship likes to refer to itself as “the fifth major,” which actually ends up diminishing the tournament more than elevating it, in my view.  It’s certainly a prestigious event that any golfer would want to win, but even by bringing the whole kinda-a-major issue into play, it inevitably leads to a “yeah, but…” scenario.

But let’s pretend that the TPC was ‘made’ a major from day one by the PGA Tour.  Frankly, there didn’t appear to be much stopping them doing this in the first place, other than perhaps a sense of modesty about trying to horn in on the action of the four established majors.  If The Players was always considered a major, however, the list of winners significantly alters the course of golf history.

Now, big caveat here — had the Players actually been a major all along, it’s quite possible the list of winners would be quite different.  You’d have altered fields (i.e. former major winners still qualifying under their standard five-year exemptions, or past Players champions) as well as some guys simply playing differently when faced with “major” pressure.  Given the list of somewhat notable major tournament underachievers who have won the Players, this aspect can’t be overlooked.

Nevertheless, let’s pretend the 43 winners played out exactly as they did, even under a major designation.  How does this impact the all-time major rankings?

* Jack Nicklaus’ record goes from 18 to 21 major victories, making it all the more untouchable.
* Tiger Woods boosts his own major total from 14 to 16, so he’d have an even tougher time catching Jack.  However, Tiger’s win in the 2013 Players would’ve ended his post-knee surgery major drought and quite notably changed his career narrative in the wake of his injuries and his sex scandal.
* Sergio Garcia gets the major monkey off his back years earlier due to his win at the 2008 Players.  Ditto for Adam Scott, David Duval, Henrik Stenson, and Tom Kite, all of whom carried the ‘best player without a major’ banner for a while.
* Calvin Peete, not Tiger, becomes the first African-American major winner all the way back in 1985.
* Several one-time major winners add a second big title to their resumes — Lanny Wadkins, Al Geiberger, Jerry Pate, John Mahaffey, Justin Leonard, Jason Day, Kite, Duval, Scott, Stenson, Garcia.
* Several two-time major winners add a third big title to their resumes — Nick Price, Martin Kaymer, Sandy Lyle, Lee Janzen, and Greg Norman.  I think even a third major wouldn’t have done too much to improve Norman’s reputation as a choker in the big events, but even still, not many guys have won three majors.  It definitely adds a big “on the other hand…” to discussions of Norman’s greatness, as more people would openly recognize him as one of the best ever.
* Davis Love III, Fred Couples, Steve Elkington, and Hal Sutton all go from one-time major winners to three-time champs since each man won two Players titles.  This puts Sutton and Elkington into the Hall of Fame, it ends any question about Couples’ induction, and it turns Love from one of the most vaguely disappointing underachievers at the majors into a legit big-game hunter.
* Lee Trevino, Phil Mickelson and Ray Floyd add to their legacies with a seventh, sixth, and fifth career major, respectively.
* Peete, Mark Hayes, KJ Choi, Jodie Mudd, Rickie Fowler, Matt Kuchar, Tim Clark, Stephen Ames, Fred Funk and Craig Perks go into the history books as major champions, with the Players becoming the major win they could never quite grasp in the Big Four.  First of all, yay Canada for getting another major golf winner in Ames.  Secondly, Perks (who won the 2002 Players and literally nothing else in his pro career) also immediately enters the Worst Major Champion Ever discussion.
Posted by Question Mark at 11:48 PM