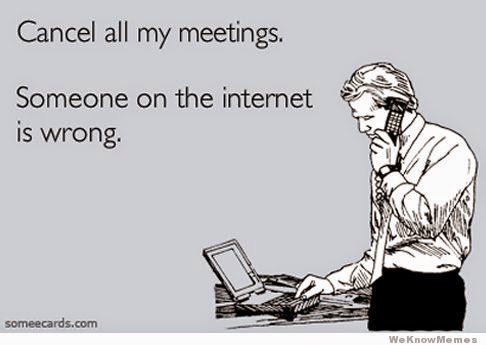 I had literally four different friends e-mail me with the news that Bono may never play the guitar again, which was the big media takeaway from his insightful, semi-rambling letter to fans on U2.com.  On paper, this is a major development though really, it's nothing to panic over.

As any U2 fan knows, Bono actually only plays guitar on maybe three or four songs per concert, and even then, it's just some basic rhythm chords while Edge handles all the heavy lifting.  Bono, in fact, has gone on record many times over the years about how he's actually a crappy guitarist --- his stock line is "I wanted to play guitar badly, and now I do play it badly."  It's also not a huge blow to U2's songwriting process, as most of Bono's contributions are reportedly* mostly restricted to melodies, which he can do on piano just as well as he can while strumming on a guitar.

* = it's generally presumed that even though every U2 song is credited to all four band members, Edge comes up with most of the music, Bono with the lyrics and some of the melodies and Adam/Larry contribute some ideas but are largely there for quality control.  This could be complete nonsense, of course, given how the other big perception about U2's songwriting process is that it's a complete shambles of jamming and fitting random hooks and rhythms into cohesive songs, which is why their albums take so damn long to record.  This theory could also be nonsense, which is my long-winded way of saying that I have no idea how U2 writes their songs.  This footnote is pointless.

The bigger takeaway for us fans, however, is just how badly Bono was messed up by his infamous cycling accident.  He still has months of recovery ahead, and while I'm obviously speaking from a position of selfishness since I have concert tickets for July, my bigger concern is that the guy is able to get back to good health.  That accident was no joke, internet punchlines aside.  I think I speak for everyone who saw Chris Martin half-ass his way through "Beautiful Day" that the world needs Bono back in top form.
----------------

Fun little video that's gone viral in recent days, illustrating how a loudmouth was served some humble pie at Disney World.  I must say, Gaston seems to have mellowed over the years after being such a gigantic asshole in 'Beauty and the Beast.'

The old Gaston, for instance, would've fit right in with the meatheads on this old bodybuilding message board who get into an argument about (I'm not even kidding) how many days are in a week.  In the end, it's either an elaborate troll job, or a guy who finally realized his mistake and was trying to save face…though really, the other arguer is just as absurd for continuing on with post after post.
--------------

Since this blog is geared solely towards content for the mass audience, let me now focus on street nicknames in London, Ontario.

If you're familiar with the little village of Byron (and who isn't), the nickname of "Snake Hill" has long been assigned to the portion of Commissioners Road just east of Baseline Road/Springbank Drive, as the road has a few twists as it goes uphill and into the Westmount area.  The one holdout to this nickname has been, you guessed it, me.  For years, I confusedly thought "Snake Hill" was the southern portion of Colonel Talbot Road, which was an honest mistake to make since it's clearly the curvier of the two hills, yet I was still roundly pilloried and called a fool for my error.

Now, however, I feel my mistake was really just a vision of the future.  The old Snake Hill has been quite significantly smoothed out by construction, turning the road into just one lazy 'S' with very generous room for turning.  It's well lit with wide lanes and (this is an important proviso), I wouldn't at all be worried were I driving up or down this hill during a driving rainstorm or a huge blizzard.  The end of Col. Talbot, however, has three or four curves, one blind curve, it's blanketed by trees, you'll see the occasional freakin' deer on the road (!) and there aren't nearly as many streetlights.  I'm hard-pressed to think of any lights, in fact.  This was the true Snake Hill to begin with, and now it's just piling on at this point.

I really should run for mayor of Byron to correct this wrong.  This may be my entire campaign platform, aside from the first step of actually asking that Byron have a mayor at all.
-------------

Mark Ruffalo's fantasy football team has to be called the Ruffalo Bills, right?
Posted by Question Mark at 3:26 AM