The 45 Best Who Songs 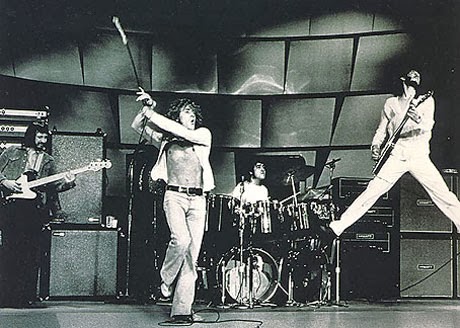 The Who!  Basically everyone likes the Who.  They've achieved that unique level of virtual universal respect music-wise, which is probably what you'd expect to happen when your band contains The Best Bassist Ever, The Best Drummer Ever*, a guy in the conversation for Best Frontman Ever and one of the all-timer innovative rock songwriters in Pete Townshend.

These are my 45 favourite Who songs, so, not necessarily the best of the bunch, but just one man's opinion.  It gets even more subjective when you consider that I haven't heard many of the band's B-sides, and I've listened to the "It's Hard" and "Who Are You" albums exactly once each, I believe.  (The Who's quality falls off a cliff pretty quickly.)  I didn't even bother with "Face Dances" or "Endless Wire" since post-Keith Moon, it's just not the same.  The latter disc is lacking both Entwistle AND Moon and, get this, it came out in 2006.  Who knew the Who had released something new in this millennium?  Who knew indeed?

Anyway, if you're a diehard Who fan who's scoffing at this list since I'm overlooking some obvious hidden gem deep cuts, well, I'll probably sleep just fine anyways.  And if your favourite Who song isn't on my list, just assume it was 46th and I really hemmed and hawed before cutting it with tears in my eyes.