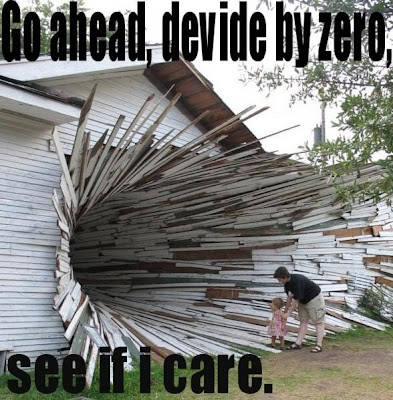 I'm out at a restaurant last week when what do I see but a man in an Antonio Banderas baseball cap. I'll repeat that again -- an Antonio Banderas baseball cap. A regular black cap, with Banderas' name written across it in a script font. To boot, 'Antonio Banderas' was also stitched into the sides of the hat. At first I thought it was some sort of a reference to one of Banderas' films, like, this guy was part of the technical crew for "Assassins" and received a hat with the names of the stars written on it. But no, it was just a hat that was straight-up celebrating the life and times of Spain's greatest contribution to the world of film.*

* = This isn't close to being true, but whatever, I don't want to break the flow of the post.

What a stunning development. Had I seen a nine-year-old girl wearing a Justin Bieber t-shirt, I wouldn't have blinked an eye. If I saw a grown man in a Dion Phaneuf jersey, okay, still no problem, since you're celebrating someone in a socially-normal way, wearing his signature garb. But man, an Antonio Banderas hat? What was the thought process here?

"Man, I sure do enjoy Antonio Banderas' movies. What a fine actor --- and by all accounts, a fine gentleman, to boot. If only there was some way I could publicly express my appreciation for him. Oh well, I'll worry about this later. I'll just keep passing my time browsing the shelves of this hat store. What a wide selection of HOLY FUCK I FOUND AN ANTONIO BANDERAS HAT! WHERE IS MY CREDIT CARD?!"

See, even that scenario seems odd since that would imply that a company is producing Banderas-centic hats, presumably as part of a line celebrating several other second-tier film stars. Could I get a JK Simmons hat if I so desired? An Amy Adams scarf? A pair of Willem Dafoe sneakers? Is this yet another fashion trend that I've completely missed the boat on, or is it not too late for me to buy a pair of Joe Pantoliano pants, a.k.a. Joey Pants Pants?

N.B. If I were Antonio Banderas and I came across a guy wearing this hat, I would be freaked out.

Personal hero Michael Schur (Parks & Recreation creator, former Office writer, FJM co-creator) sat down with the Onion AV Club to discuss P&R's third season, including a step-by-step look at each episode. It is thoroughly awesome. The interview was broken into four parts -- here's the link to the fourth part, which contains links to the first three sections. Am I seriously too lazy to insert the other three links myself? Yes. Yes I am.

Speaking of laziness, here's a link to another compilation. The Big Lead recently collected YouTube links of some of the greatest soccer goals of all time and really, since they were already nicely collected in one spot like this, who am I to include the links myself? It would be downright rude. I'll embed just one, this bit of cheeky brilliance from Robinho.

Is there a more thoroughly mediocre food than the fortune cookie? Who eats these things and thinks, "Mmm, that hit the spot" afterwards? The inventors of the fortune cookie clearly realized this, which is why they came up with the gimmick of inserting a fortune in the first place.

Because fortune cookies are so bad, people can't even be bothered to open the fortune anyway and pass them on to someone else in their dinner party. Say this person cracks it open and reads the fortune -- is this the future of the person who actually cracked the cookie, or is it the future of the person who originally had possession of the cookie in the first place? It sounds like a mere logistical question, but people's lives are at stake here, people! I think this should've been O.J.'s defense. "Your Honour, I certainly didn't want to kill Nicole and Ron, but the cookie said this was my fortune. Little did I know that this was actually Kato's cookie in the first place!"

So, to recap, that was a very Seinfeldian observation followed by an O.J. joke. This post may have been written in 1996.

And, since this is 1996, let's get right to discussing this Tito Ortiz-headlined UFC card. Since the show is beginning literally as I post this, I'll just give my quick picks without any real analysis. After all, the analysis will be wrong anyway, so why bust my ass on this?