U2's world tour begins on June 30, and their stage set is already under construction for the opening concert in Barcelona. Some photos of the set have already been released and, um, holy lord. After the relatively-stripped down arena setups for the Elevation and Vertigo tours, U2 have basically decided to build their own arenas within massive football stadiums. The stage setup is unofficially nicknamed 'the Claw,' and it basically looks like that giant spider thing that Kenneth Branagh uses to terrorize Will Smith in Wild Wild West. Apparently the thing friggin' rotates too, so it's less a concert stage than it is a spaceship designed to enslave the human race to the beat of 'Even Better Than The Real Thing.' Just to give you an idea of how big the stage is, Camp Nou (the Barcelona stadium) seats 98,000 people. And the stage takes up over half the field. Yikes.

Needless to say, this tour is going to more than live up to the visual standard set by U2's previous concerts. I literally cannot wait until I see them in Toronto in September. 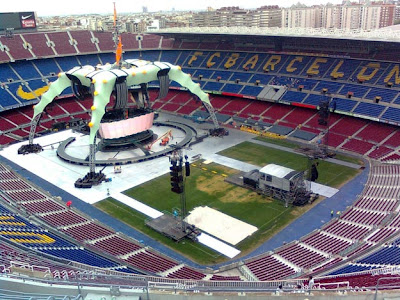 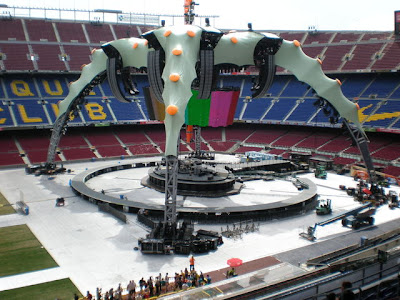 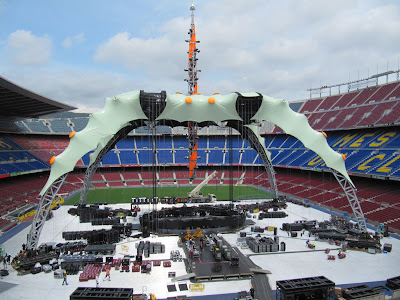 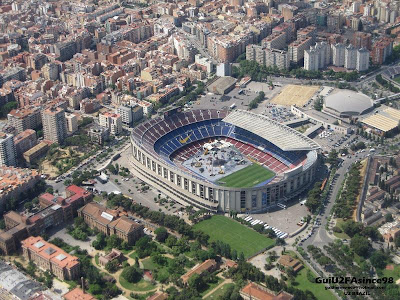 Posted by Question Mark at 8:42 PM