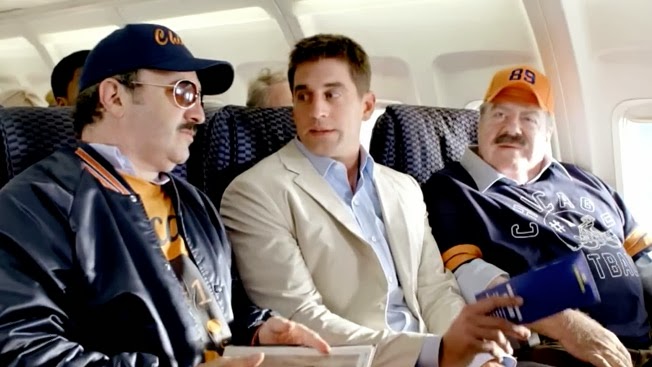 Heck, I'm not even mad.  No, Aaron Rodgers didn't eat an entire wheel of cheese, but still, the Packers' improbable run to even make the playoffs was such a stretch that it would've been too much to ask for them to actually win a game.  Losing the best QB in the league for two months and still managing to win the division?  Plus having an epic comeback against the LOL Cowboys and then beating the arch-rival Bears in the last week of the regular season to clinch the NFC North?  That's good enough for me.  Green Bay was just playing with house money at that point.

Now, it was surely annoying to come so close to beating the 49ers yesterday, especially when the game basically came down to Green Bay's offense essentially taking the first quarter off, and then the D having five minutes to stop the Niners and being unable to do so at the end of the game.  And sure, in the macro sense, it's troubling that San Francisco has now beaten Green Bay four times (!) in the last two seasons and they clearly have the Packers outmanned and out-coached.  Sometimes, though, you just have to shrug your shoulders and realize your team isn't a legit Super Bowl contender.

Let's talk injuries.  This was seemingly the most injury-riddled season in NFL history, with virtually every team losing at least one or two big stars to season-ending woes.  I'm sure every fan feels this is true of their team, but it seemed Green Bay was hit harder by injuries than most, culminating in Rodgers being sidelined for half the season.  Since they managed to keep their heads above water, I can't totally fault the Packers for a lack of depth, but this team has been bitten hard by the injury bug for the last two years, as they led the league in lost man-days in 2012.  It's frustrating since I don't know if it's the fault of the Green Bay training staff, or just bad luck since the NFL is so inherently violent and SOME team has to be at the bottom of the barrel.  The injuries also make analysis kind of difficult since I don't think we ever saw the Packers at their full potential, so I don't know if major changes are still needed or if the team just needs a bit of tinkering and some luck from the good health fairies.

Now, it should be noted that Green Bay won the division not because of their gritty achievement in the face of Rodgers' injury, but really because the Lions and Bears are incompetent franchises (and Chicago, to be fair, also had several brutal injuries).  I'm worried that Detroit will hire Ken Whisenhunt since he did a pretty great job in Arizona and we've seen that he can field a contender as long as he has a decent quarterback.  As for the Bears, they've hitched their wagon to Jay Cutler's annual miss of half the season due to injury, so I'm not worried about them for the time being.

I'll reiterate my annual claim that the Packers have to a) make beefing up their offensive line a top priority and b) spend some damn money in free agency.  This season just underscored how important Rodgers is to the operation, and while his injury was kind of a fluke and not necessarily the O-line's fault (in fact, the line actually played pretty decently in 2013, led by Josh Sitton and a good rookie year from David Bakhtiari), it's clear that as Rodgers goes, so go the Packers.  The more offensive line depth Green Bay has, the better.  As for the free agent thing, I'll never understand why Ted Thompson handicaps himself in player acquisitions.  Nobody is asking him to spend millions, just to dip into the market once in a while for a useful mid-level guy.  Free agency isn't going to bite, Ted.  For example, you could actually add some defensive help, as teams were just shredding the Packers' defense for much of the year.

It's also possible that the Packers lost to the Niners because of me.  For the second straight year, I watched a GB/SF playoff game from the comfort of my pal Kyle's house in Whitby, and sure enough, the Packers lost again.  Kyle, next year I'll hold off my visit until after one or both teams have been eliminated, thanks.
Posted by Question Mark at 3:28 PM