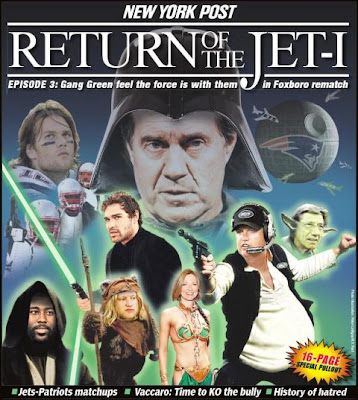 * Steelers over Ravens
I really think that if these two teams played each other 100 times, the overall victor would have no more than 52 wins, tops. They're two mirror images of each other...well, except for Pittsburgh's two Super Bowls over the last decade, and the fact that Pittsburgh's quarterback is actually capable of winning games on his own. (Though, to be fair, Joe Flacco's reputation with the ladies is apparently squeaky clean.) I have to use the bye week as the tie-breaker; the Steelers got a week to rest and heal up, whereas the aging Ravens played in K.C. last Sunday and now have a short week for another road game against their arch-rival. That simply could be the breaking point for a Ravens team that has already run out of gas late in games a few times this season.


* "Packers over Falcons"
Why the quotation marks? Because, in my heart of hearts, I know the Falcons will win this game. They've had an extra week of rest, they're nigh-unbeatable in the Georgia Dome and it's probably too much to ask for James Starks to channel Jim Brown for another week. People seem to have given up on Atlanta after their Monday Night Football loss to the Saints in Week 16, but I think that was an aberration against a divisional foe. The Falcons are a smart, well-coached team that won't make half the self-inflicted mistakes that the Eagles did last week. I just don't think Green Bay has enough to pull off another road upset.

But, then again, PACKERS OVER FALCONS. I believe in Aaron Rodgers. The Falcons can spend their offseason riding the bus with those Play 60 kids. Before that commercial, when was the last time you think Arthur Blank rode a bus? I vote for either 60 years ago or never.


* Bears over Seahawks
I actually flip-flopped quite a bit on this game. Sure, the Seahawks are still just 8-9 for the season and are now leaving the comfort zone of Qwest Field, but the Bears aren't that good a team, have Jay Cutler as a quarterback, and are primed for a big letdown just because they're the Bears. An upset could conceivably happen again, right? Well, I was curious about the Qwest Field effect so I looked up the Shawks' all-time road playoff record. Little did I realize that it's not just the Qwest Field effect, but also the Kingdome effect. Seattle's last road playoff win was in 1983! To put it in perspective, Seattle receiver Mike Williams wasn't alive the last time his team won on the road in the postseason. Now, granted, the Seahawks haven't exactly been a top franchise all this year, but even still, that's a long drought. I can't help but think that the Seahawks' upset over New Orleans was their Super Bowl and now they're due for an inevitable letdown. This opens the door for a potential Chicago/Green Bay NFC title game, which would be awesome....but not as awesome as a Green Bay/Seattle game. In short, I hate the Bears.


* Patriots over Jets
Jets players and coaches have been falling all over themselves to trash-talk the Patriots this week, but other than Wes Welker's amusing foot-related press conference, it's been pretty quiet in the New England camp. The fact is, every word the Jets say just digs them into a deeper hole. They sound like they're trying to convince themselves, rather than rattle the Pats. After all, the last time these two teams faced off in New England, the Patriots scored a mammoth, 45-3 ass-kicking.

Even though the Jets beat New England back in Week 2, that was a NE team that hadn't hit its stride yet. I just don't think New York (or, perhaps, any team) is capable of knocking off a Patriots team that is looking as good as any in the Brady/Belichick era. The Jets didn't win in Indianapolis last week so much as the Colts handed them the game; to beat the Pats, New York will have to take it, and I'm not sure Mark Sanchez is capable of seizing anything other than the phone number of whatever model he's dating this week. Let's just say that after this game, the Jets franchise will be putting its collective foot (puts on sunglasses) in its mouth. YEAHHHHHH
Posted by Question Mark at 3:41 PM