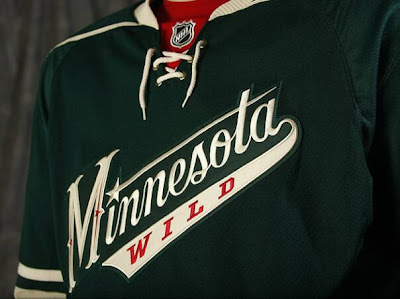 Well, I don't want anyone to think all I'm good for is just posting videos and making MMA picks on this here blog. Heaven forfend. Time for a good ol'fashioned random nonsense post, led off by this gorgeous piece of fabric known as the Minnesota Wild's alternate jersey. Ain't she a beauty? How have I not noticed this jersey over the years? Sure, it's not like I'm watching a lot of Wild games or anything, but still. I'd almost be inspired to buy one were I not still boycotting the franchise due to their stupid, stupid nickname. The "Wild"? Good lord. I really think they should arrange to buy the 'Ducks' name from Anaheim (after all, the Mighty Ducks movies were set in Minnesota....hell, they can even bring back the adjective since 'Minnesota Mighty Ducks' sounds weirdly awesome) or simply reinstate the old North Stars name. The Dallas franchise can rename themselves the Lone Stars. Really, if baseball can have multiple teams named after different shades of Sox, there's no reason the NHL can't have a couple of different stars.

Me: So, I had a dream last night. I dreamed we were hanging out at that Rail bar in Kilworth when you mentioned that you were house-sitting for (who else) Lex Luger. He owns a house in Kilworth, apparently, down near the river. So, I get it into my head to steal a vintage WCW U.S. title belt. I sneak over to Luger's place, break into the back window using my arm, and cut myself. I obviously need to grab something to stop the bleeding, and I go for a dishtowel. Inexplicably, removing the dishtowel causes the oven door to fly down with a big crash, thus causing the pots and pans in the upper shelf to fall out and also crash to the ground. This is when you stroll into the kitchen and say, and I quote, "Mark! What da fuck, man!" Then Lex Luger strolls into the kitchen as well, dragging one of those wheelie-suitcases behind him and wearing a Goofy-ears Disney hat. He says something like, "Hi Tre....whoa! What's all this? What the hell, Trevor?!" In summation, sorry I got you in trouble with Lex Luger.

Trevor: You are a strange person. 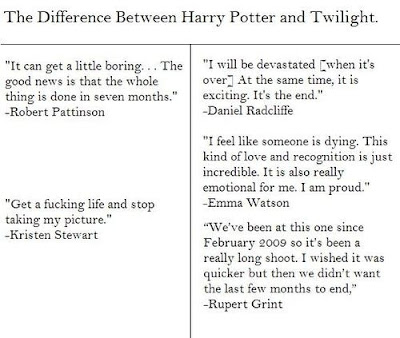 Check it out, it's the top 50 best-shot films of the decade (1998-2008), according to a poll from American Cinematographer. As you'd expect, big names like Kaminski, Deakins, Hall, Richardson and Elswit are all over this list, though picking "Amelie" at #1 is a bit of a surprise. If I'd had a vote I probably would've thrown in for "Children of Men," though it's still in the number-two position. "The Fall" also should've been a lot higher up, the photography was the only thing that film really had going for it. Every Oscar winner for cinematography from the time period is represented except for Russell Boyd's work on "Master & Commander," thus continuing my theory that I and Academy voters were the only people who really enjoyed that movie.

And finally, we celebrated Canada Day with some vintage Canadiana, but we certainly can't forget our neighbours to the south. Happy birthday, United States!

Posted by Question Mark at 4:38 PM