So the word on the street is that Steve Carell is leaving the Office after next season. Boo-urns. Under ideal circumstances this would mean the show was going off the air as well, since it started showing its age last season and it'd be hard to continue without its signature star. But, this is NBC. Their ratings are in the toilet across the board. They're not going to let one of their few hits go without wringing every last bit of profit out of it, and apparently the Office producers are keen to continue as well. So now the task is to find a new boss character that will have to somehow fill Carell's giant shoes and create their own unique character that won't be immediately dismissed as a poor man's Michael Scott.

The ideas? Well, I have a few --- some realistic, some not. Am I costing myself money by not offering them to NBC in private for a massive consulting fee? Probably. Though the last time I offered consultation to a major company, it didn't go very well. My plan to install fireworks on the BP oil wells to celebrate Bart Simpson's birthday didn't go nearly as well as I'd planned.

14. Ed Helms
This might be the simplest option, since rather than 'replacing' Carell, the producers could just elevate one of the current actors to the boss role rather than trying to fit a new actor into the picture. Andy is pretty much the only major character who hasn't been a boss already; Jim was co-manager, Ryan was a VP, Pam pretty much runs things anyway, and we've seen enough of Dwight's megalomania to know exactly how he'd operate as the regional manager. The downside is that Helms is appearing in more and more films thanks to his Hangover success, so depending on what his contract situation is like, he could be itching to leave too.


13. Jenna Fischer
Okay, while Pam has run things running behind the scenes for years at DM, she hasn't actually gotten a crack at the top spot officially. It would be a nice final touch to her character arc to complete the rise from secretary to manager. The downside (with Helms as well as with Fischer) is that I'm not sure what fresh stories could be generating by taking one of the major characters and promoting them upwards.

Oh man, can you imagine the ratings?


11. Jay Leno
What NBC would actually do. I probably shouldn't joke about this, an NBC executive is probably on the phone as we speak.


10. Stephen Colbert
Carell was on for seven years, and thus it's only fair to give Colbert seven years in charge of Dunder-Mifflin as well. Then things will be even stephven. Obviously this casting choice has no chance of happening, but it's amusing that Colbert could pretty much just shift his talk show persona over to a fictional show without missing a beat.


9. Amy Sedaris
From one "Strangers With Candy" cast member to another, and this one is actually a realistic suggestion. You don't even need a hook here. Just cast her and let her go all Amy Sedaris over everyone's ass. Special cameo appearance by David Sedaris as Oscar's new boyfriend. 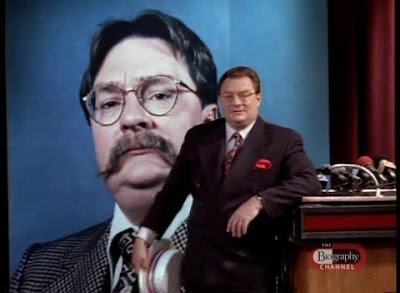 Not Stephen Root and Dave Foley per se, but rather their characters from the late, great, 'Newsradio.' Bring them the hell back. It's easy to explain; Jimmy wins Dunder-Mifflin in a bet and then installs his most trusted manager to run the place. NBC gets a new comedy duo at the head of their top sitcom and they can probably also sell some 'Newsradio' DVDs in the process.


7. Zach Woods
Who? He's the guy playing Gabe, the 'stick insect' Sabre representative who is kinda sorta supervising the office already, though it's unclear as to what the chain of command actually is at Dunder-Mifflin or what his responsibilities actually are (which several workers have taken advantage of already). By actually putting Gabe in charge, this continues the joke and also neatly sidesteps the problem of having someone actually replace Carell, as in the Andy scenario. Two problems: one, the whole concept of the Office franchise is a goofy boss making life miserable for the employees. By totally minimizing the boss and focusing on the employees themselves, that shifts the focus of the show. Though, to be fair, you could argue that the U.S. Office has done enough to make the entire ensemble so off-beat that Michael was less outlandishly goofy than he was an inmate in charge of an asylum. The second problem is that Zach Woods is by far the least-known name on this list. I can see the fans and media criticizing him 'taking over' for Carell, even if the role is being specifically minimized. That's not fair to a talented guy like Woods, who was terrific in the funniest movie of 2009, In The Loop.


6. Jon Hamm
Obviously this isn't happening given that "Mad Men" is expected to continue past this upcoming season. But really, Hamm isn't as odd a choice as you'd think. He wouldn't need to play Don Draper --- if you've seen his SNL hosting gigs or his guest stints on 30 Rock, Hamm can play comedy quite well. Actually, the vibe could be like 'Don Draper takes over DM' to begin with, but eventually Hamm's true goofy personality would develop. It'd be like an advanced version of Idris Elba's role on the show; he went from being a no-nonsense Stringer Bell type to eventually developing Charles Minor as a soccer-loving suck-up. 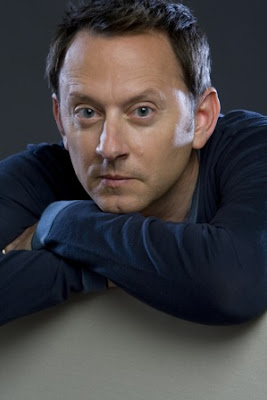 Ok, I originally had him further down the list as another semi-joke entry, but the more I thought about it, the more I've talked myself into it. It was funny enough seeing Stringer Bell temporarily take over for Michael, so why not another infamous TV villain boss? Emerson is a naturally funny guy who actually specialized in stage comedy before becoming the notorious Ben Linus. He was also responsible for about 40 percent of the dry, witty lines ever uttered in LOST's history, so the mockumentary style should suit him just fine. Man, I'm getting more fired up by this idea the more I write about it. Even better, Emerson is like, 5'1, so seeing him sandwiched between giants like Rainn Wilson and John Krasinski is a funny image in and of itself.


4. Amy Poehler
With "Parks & Recreation" struggling in the ratings and possibly in danger of getting canceled after next season, Greg Daniels might just decide to merge his two major shows and contrive a way to bring the Pawnee, Indiana team to Scranton. Actually, wait, if this happens...


3. Nick Offerman
Yeah, forget about Leslie Knope. As funny as Poehler could be as the Office boss, Ron F'in Swanson would be even better.


2. Variety show
That's right, when faced with a tough decision, the Office producers decide to just let everyone do it! One of the running storylines on the show for years has been how Michael is uniquely served to be manager of this particular office, and that joke could be continued by having a revolving door of various managers on for short stints to show that Dunder-Mifflin's bunch of characters can only be managed by one man. This idea would actually allow pretty much all of my suggestions to be viable, if for only an episode or two each. It also then creates a natural scenario for the series finale of Michael being rehired and Dunder-Mifflin continuing on its merry existence forever. 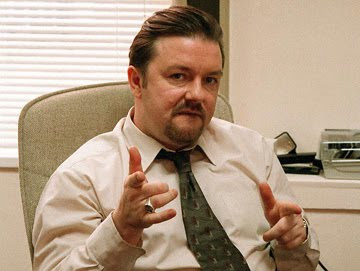 This is pretty much the only possible casting choice that Office fans wouldn't just accept, but probably embrace. Would Gervais ever do it? Well, no, he's too busy making films. But still, the concept of Gervais wrapping off the entire Office universe with one final performance of his signature character would be beyond amazing. He and Stephen Merchant are still executive producers of the US Office and once wrote an episode, so it's not like they're totally removed from their spinoff. The idea of David Brent being inserted into the Dunder-Mifflin world is, in a word, brilliant.
Posted by Question Mark at 9:25 PM

I love the idea of Jimmy James and Dave Nelson joining the show. Anything else will be crap by comparison.