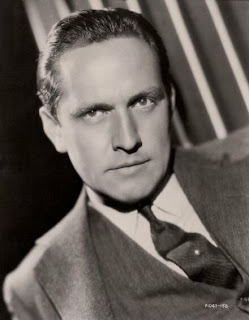 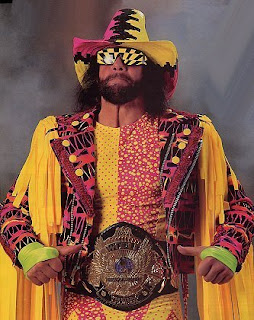 As I'm sitting here watching the first wave of waves, I realize that I forgot to actually post my NCAA basketball picks in advance. I'm in three bet-hedging Yahoo pools where I picked virtually everyone to cover my ass, so here's the stamped-it, no-erases, black-ball-beats-'em-all picks that I would actually state are my preferences. Expect these to be largely incorrect by around, oh, 5 PM on Thursday given that I know little about college basketball. My general rules in filing out my bracket is solely based around the concept that the Big East is really good, and the Big 10 and SEC are pretty poor. (Though, in one Yahoo pool, I hedged my bets by reversing this idea and ended up with Michigan State as my national champs.)

If you use these picks to guide your own bracket....well, that's just not a smart move. I'm really bad at these.


EAST REGION
Pittsburgh over E. Tennessee
Oklahoma State over Tennessee (basically, this is a bad bracket quadrant if you're from the Volunteer State).
Wisconsin over Florida State (the guy in the picture, two-time Oscar winner Fredric March, is a Wisconsin grad)
Xavier over Portland St.
UCLA over VCU (I love that the Score's only tidbit for this game was 'Barack Obama picked VCU to pull the upset')
Villanova over American
Texas over Minnesota
Duke over Binghampton

SOUTH REGION
North Carolina over Radford
Butler over LSU (oops)
West Kentucky over Illinois
Gonzaga over Akron
Temple over Arizona State
Syracuse over Stone Cold Stephen F. Austin
Michigan over Clemson (it's been 11 years since Michigan was in the tourney?? Good lord. I'll toss them a bone.)
Oklahoma over Morgan State

WEST REGION
Connecticut over Chattanooga (hey, 'UConn's coach is at death's door' wasn't in my scouting report!)
BYU over Texas A&M (oops part two)
Northern Iowa over Purdue
Washington over Mississippi State
Marquette over Utah State (go Marquette! My favourite team! GOLDEN EAGLES TAKE THE FIELD...DAH DAH DAH DAH NEVER YIELD)
Cornell over Missouri (my one big reach...I figure Andy Bernard has had a rough go of it recently with Angela's infidelity, so he's due for some good news. btw, I have no doubt that in OfficeWorld, Andy has Cornell winning the tournament, as he sacrifices his chances of winning the office pool in the name of school pride)
Maryland over California
Memphis over CSU-Northridge (geez Memphis, way to scare me)


SECOND ROUND
Pitt over OK State
Xavier over Wisconsin
Villanova over UCLA
Duke over Texas (this is a real toss-up for guys named Duke who live in Texas)
North Carolina over Butler
Gonzaga over Western Kentucky
Syracuse over Temple
Oklahoma over Michigan
UConn over BYU
Washington over Northern Iowa
Marquette over Cornell (sorry Andy)
Memphis over Maryland
Louisville over Siena
Wake Forest over Utah
Kansas over West Virginia
USC over Michigan State (upset!!!!!)


SWEET SIXTEEN
Pitt over Xavier
Villanova over Duke
North Carolina over Gonzaga (boy did I ever want to pick the Zags here)
Syracuse over Oklahoma
Washington over UConn
Marquette over Memphis (if Marquette loses in the first round, which is entirely possible, I am really fucked)
Louisville over Wake Forest
Kansas over USC


ELITE EIGHT
Pitt over Villanova
North Carolina over Syracuse
Washington over Marquette (I'm putting a lot of faith in the West being the upset bracket. Note to bracket-makers: if you're going to make one crazy E8 pick, don't make your second-crazier E8 pick from the same region. Your odds aren't good.)
Louisville over Kansas


NATIONAL TITLE GAME
Pitt over Louisville (for the second straight major sporting event, the Pittsburgh team beats the Cardinals team. CBS ponies up to get Springsteen to play at halftime, though they insist that he includes a cover of "One Shining Moment')
Posted by Question Mark at 3:23 PM

I have the exact same title game match-up and outcome. We're both so screwed.