A Plethora Of Stuff

Eagle-eyed readers will notice that I changed my name (well, at least my Blogger user name...this isn't a Chad Johnson situation here) to Question Mark. There is no logical reason for this other than the fact that since I changed my profile picture from Plastic Man to the Riddler, the 'Question Mark' name sounds a bit more appropriate. In a related story, I'm talking about changing my profile picture from one comic-book character to another and yet am still a grown man. Yikes.

Ian Parker wrote a tremendous profile of Alec Baldwin in the current New Yorker. It's unfortunate that Baldwin takes so little pride or satisfaction in starring on one of the funniest shows on TV --- this explains those rumours of him trying to get out of his contract after the first season. I thought it was just because he was dickishly trying to get back into movies to capitalize on his good publicity, but apparently Baldwin just isn't a big fan of TV in the first place. It's also unfortunate that he's so down on My Name Is Earl; am I truly the only person in the world who finds the show funny? I tend to agree with Marci Klein's sentiment that Baldwin is the best SNL host of all time. Pop quiz, hotshot: make a dream SNL casts made up solely of hosts who weren't previous cast members. I'd go with Baldwin, Tom Hanks, Lily Tomlin, John Goodman, Steve Martin, Madeline Kahn, Drew Barrymore, Justin Timberlake and Buck Henry.

Results of the latest poll are in, and Titanic was judged to be the worst Best Picture of the 1990's with six votes, narrowly edging out the five votes that went to Shakespeare In Love. Once again, I find myself shaking my head at these results. Titanic was actually quite good --- it was long, it was hyped, it had that damn Celine Dion song, but let's be honest, it's actually a hell of a movie. And the Shakespeare in Love votes trouble my soul. I can only attribute this to bad feelings surrounding the fact that SIL beat Saving Private Ryan in 1998, which to this day is still the ultimate apples vs. oranges pick in Oscar history. Get over it, people. It's not like Private Ryan lost to Beautiful Mind or something. I'd rank Shakespeare in Love easily in the upper half of the decade's Oscar winners. Other votes went to English Patient (two), Dances With Wolves (two, including my vote) and Braveheart with one.

The new poll is up concerning the Best Pictures of the 1980's, and I've got to say, the 1980's has to be pretty much the worst Oscar decade ever. I mean, seriously, that is not a strong list of movies. I'd say the best of the bunch are Platoon, Rain Man and maybe Chariots of Fire, but even those at 4-out-of-5 movies, not true classics. Have I gotten you appropriately fired up for this poll yet? And that's not even counting the post-poll discussion when I mock everyone's picks. Enjoy!

"And you haven't posted anything about the Muppets, Sesame Street or even Fraggle Rock since then."

"But you've made lots of posts since." 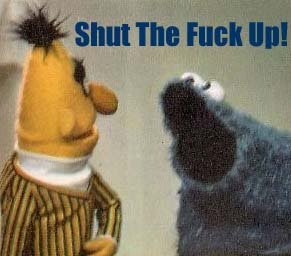 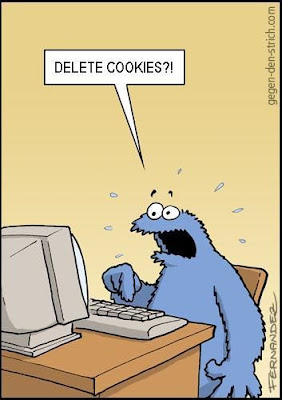 * Chuck Liddell over Rashad Evans by destruction. This fight has had a long history. It was originally supposed to be Chuck vs. Shogun Rua in June, but Rua got hurt. So the Chuck-Evans fight was signed in its stead....except then Chuck got hurt. Now it's finally taking place and the added time won't do anything to escape the fact that Rashad is going to get a hellacious beatdown. I really don't see how Evans can win this fight unless Liddell is still hurting from his hamstring injury. Liddell by KO in either the first or second round, thus setting up the mega-huge Liddell vs. Forrest Griffin main event for the December PPV. If Evans pulls the upset, he might very get the Griffin fight in a TUF winner vs. TUF winner championship bout, though it would be pretty funny to see Rashad freaking Evans get a title shot in the deepest division in MMA. If Liddell loses, boy, I dunno. Maybe he'd fight Shogun, or maybe they'd be a superfight against Anderson Silva. Wow....maybe I should be rooting for Chuck to lose if that fight could be arranged.

* Rich Franklin over Matt Hammill, decision. Franklin has yet to give a clear answer on whether his move back up to 205 pounds is permanent or if he's just going to take the occasional LHW fight to keep his options open. Ergo, it's not really clear what this fight will do for Franklin even if he wins, so it's kind of an oddity. I'd expect Franklin to win, though Hamill is rather dangerous on his feet and can wrestle with the best of them. I don't think this is going to be a very exciting fight to watch, frankly, but Rich can right it out to a decision victory. A win here might very well set up a major Franklin vs. Dan Henderson fight for the UFC event in December or the event on Super Bowl weekend. By the way, how sick will the UFC's winter events be?? You've got Couture vs. Lesnar and Rampage vs. Wanderlei Silva in November, Nogueira vs. Mir and (probably) Liddell vs. Griffin in December, and then it's been heavily rumoured that the Georges St. Pierre/BJ Penn fight is happening on Super Bowl weekend with either Franklin-Henderson or maybe an Anderson Silva fight on the undercard. That's three straight PPVs with major main and co-main events. Yay violence!

* Dan Henderson over Rousimar Palhares, TKO, second round. Most fighters would be cut after three straight losses, but one would think the UFC would cut Henderson a break if he's upset by Palhares. Hendo lost a close decision to Rampage Jackson last year, then actually won a round against Anderson Silva before being decimated last March. Henderson seems like the kind of no-nonsense guy who doesn't take well to being backed into a corner, so I expect him to come out like a house of fire against Palhares. Hendo has the clear advantage standing and can outwrestle Palhares, though he'll have to be careful Palhares doesn't catch him in a submission. Palhares is a real talent in the MW division and he'll be winning a lot of fights in the near future, but for now, Henderson is too much for him to handle. Should Palhares win, however, I'd expect a matchup against fellow high-caliber Brazilian Demian Maia with the winner getting a crack at Silva.

* Martin Kampmann over Nate Marquardt, TKO, second round. Since the card is titled 'Breakthrough' and every fight features an up-and-comer against an established star, I might as well pick at least one underdog. Poor ol' Marquardt is like a poor man's version of Rich Franklin --- he's a solid middleweight who will get nowhere in the division given that he's already lost badly to Anderson Silva and probably won't be considered for another shot anytime soon. To top it all off, Marquardt got hosed in his last fight, a weirdly-scored loss to Thales Leites in which Marquardt dominated the bout but was docked points for two questionable violations and thus lost by decision. So it's possible Nate will come into the fight looking for blood, but unfortunately, he's running into the somewhat awesome and unbeaten-since-2004 Kampmann. If the Hitman wins here, he extends his record in the UFC to 5-0 and likely gets the next shot at Anderson Silva.

* Dong Hyun Kim over Matt Brown, knockout, round two. This fight gets bumped up to the main card after Karo Parisyan's fight was called off due to Karo getting some kind of injury the day before the fight; my guess is a sore labia. Brown made a strong accounting for himself on the last season of Ultimate Fighter and came off as both a tough fighter and a nice guy. Too bad he's going to get dummied by Kim. Or, as I like to call him, the Undefeated Dong. Kim is a big part of UFC's plan to market in Southeastern Asia, so this is pretty much just a showcase fight for him.

* Kurt Pellegrino over Thiago Taveres. A pretty middling bout between two guys who might well be fighting for their continued existence in the UFC. Pellegrino is a gatekeeper fighter who isn't nearly as cool as his 'Batman' nickname would suggest. If Pellegrino is Batman, then Tavares is Two-Face --- he was looking like a real up-and-comer at this time last year, but has since gone 1-2, with his only win being a horribly dull decision last winter. I guess I'll pick Pellegrino because it seems fitting that a guy nicknamed Batman should win in the wake of Dark Knight's success.

* Jason Macdonald over Jason Lambert, submission, R1. The Athlete is back! Macdonald just lost last month to Maia, but when Jason Day went down with an injury, Macdonald manned up and took another fight on short notice. Nails. He will rewarded for his efforts with a win over the mediocre Lambert, who I've never been particularly impressed with. It's possible Lambert could step up his game by moving down to MW, but unfortunately Macdonald's ginger self is going to kick his ass.

* Ryo Chonan over Roan Carneiro, decision. Ugh. Chonan's only reason for employment in the UFC is his highlight-reel submission win over (of all people) Anderson Silva a few years ago in PRIDE. That was the mixed martial arts equivalent of Mark Whiten hitting four homers in one game. I don't like either of these fighters and frankly, neither should be in the UFC. Ah, negativity.

* Tim Boetsch over Mike Patt, knockout, round one. Boetsch looked good in his first fight and then terrible in his second, though his excuse was that he got winded training in the thin air of Denver. I'd normally scoff at such an excuse, but then again I've never heard of Mike Patt, so I'm picking Boetsch anyway. Maybe Tim is related to Rudy Boetsch, the crusty old man from the first season of Survivor. That guy was awesome.
Posted by Question Mark at 7:47 PM

I can't disagree with any of your choices for an all-time SNL dream cast made up of hosts, except for one thing: An SNL cast must follow a certain formula, and you've got the token fat guy with John Goodman. What you don't have, however, is a token black guy.

But who would fit the bill? I'll nominate The Rock, with David Alan Grier as a second choice. Both are two-time hosts, and the former was a standout in his appearnces, while the latter at least has sketch comedy experience from In Living Color.

Well, I ended up getting seven of the nine fight winners correct, though I was hilariously dead-wrong on Liddell vs. Evans. Man, Rashad just demolished poor ol' Chuck.

For my dream SNL cast as per the rules, I'd add on either Ian McKellen or Patrick Stewart and Walken, or maybe Hugh Laurie for his mad chops. However, I feel inclined to leave JT off the ticket despite his admittedly really good/successful stint hosting.