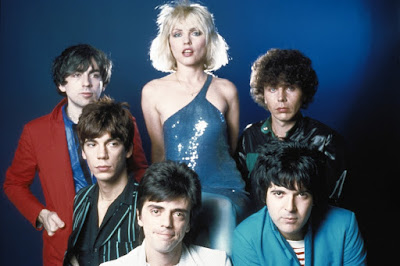 First of all, man does talking about greatest hits albums ever make me feel old.  This is yet another item from the recent past that has suddenly become completely passe today.  The youths today are like, "why not just make your own playlist of your favourite songs from a band?  And, what's an album?"  Don't these kids know that relying on the band itself to produce a greatest hits record is half the fun?  Then you get to complain about which tracks were and weren't included, as well as complaining about the usually low quality of the 1-3 unreleased songs included on the disc to be released as singles.

Anyway, I believe I've discussed the concept of a "Greatest Hits" band before, but to recap --- this is a band that most benefits from having its discography whittled down to 18-20 songs.  Hearing just this one-off greatest hits disc, you'd think this band is one of the best acts of all time, rather than its actual status as a band that had some amazing songs but perhaps only a solid-to-very good career as opposed to all-timer status.

Bands or solo acts in the actual GOAT conversation (i.e. the Beatles, Bruce Springsteen, Prince, the Rolling Stones, etc.) don't fit into the "Greatest Hits Band" debate, even if one might logically surmise that the best 18-20 songs from any of these acts would naturally top anything else.  But there's the rub --- a big aspect of these acts' greatness is that they have such a large volume of hits, usually over so many years.  In distilling their careers down to 20 songs, you're actually leaving quite a bit on the table.  That also creates the problem of deciding which hits are really their "greatest," which leaves everyone unsatisfied.  If you asked 100 people to create their own 20-track playlist of their favourite Beatles songs, for instance, you will find a gigantic variety of songs.

With a band like Blondie, however, it's easier.  As you might guess, my crowning Blondie with the title of greatest Greatest Hits band comes from listening to one of their compilations and being blown away by the quality.  It may lead to a deeper dive into Blondie's discography, and lo and behold, did you know they're still an active working band?  After a long breakup for most of the 80's and 90's, they reunited for a couple of albums around the turn of the century, and then had more of a proper reunion in the 10's.  They've actually released three albums since 2011, which makes them more prolific than just about any other "older" act still producing new music.

Of course, if I check out these new albums or any of their classic 70's discs, then I run the risk of enjoying them and discovering more good music.  Then I'll discover a quibble with their Greatest Hits album, and thus it may cost Blondie their newly-won title.  The Cure are on standby, hopeful that they can claim the crown.
Posted by Question Mark at 3:08 PM