My co-worker Ken and I are walking through the lunchroom the other day when Steve the food services guy calls out "hey, it's Mork & Mindy!"  After taking a moment to ascertain that Steve was indeed talking to us, we then wondered, with some justification, huh?  His response: "Mork & Mindy, two peas in a pod."

A couple of days later, I found myself walking through the lunchroom by myself, only to hear Steve call out "hey Mindy, where's Mork?"  So this made it clear that, of the duo, I'm Mindy.

To be clear, I don't feel insulted by this.  If anyone should feel insulted, really, it's Pam Dawber.  For those of you weren't late 70's/early 80's sitcom fans, here's a picture of Pam Dawber on the left, and an artist's approximation of me on the right. 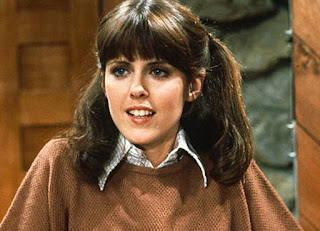 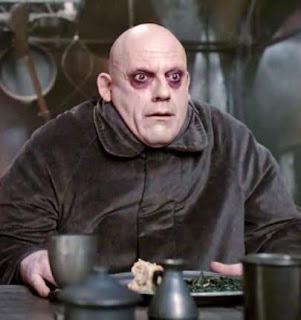 As you tell, not much resemblance.  And it should be noted that Ken looks nothing like Robin Williams (or Pam Dawber, for that matter), nor does Ken wear yellow suspenders, nor does he look and/or act like an extra-terrestrial.  I also don't look anything like Robin Williams, but of the two of us, I guess I'd lean slightly more towards Robin due to my hairy forearms (and the aforementioned "could be an alien" thing).  Plus, if we're going by name similarities, obviously "Mork" and "Mark" are basically identical.

What Steve was going for was just a generic duo reference.  He could've just as easily called us Frick & Frack, Tweedledum and Tweedledee, Pinky & The Brain, etc.  Instead, somewhat curiously, he went with a reference about two people who were quite distinct from each other --- that was the whole point of the show --- and who Ken and I didn't resemble in either personality or looks in the slightest.

Then again, Pam Dawber is married to a Mark, i.e. Mark Harmon.  And Robin Williams was once married to a woman named Ken!....okay, that part is made up.  Steve really had nothing to go on, I'm reaching here.

Of all the many nicknames I've had in my life, "Mindy" might be the strangest.  How come I keep getting these odd monikers to stick, yet try as I might, I can never get "Mark The Shark" or "Mr. Spectacular" off the ground?  WHY NOT?
Posted by Question Mark at 11:16 PM