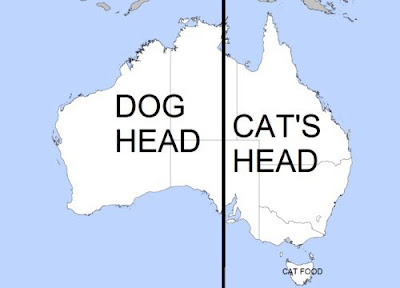 What’s cool about golf is that every player is just four days away from completely changing their career.  On Thursday morning, Sergio Garcia was an infamous underachiever, a choke artist, etc.  On Sunday evening, Sergio Garcia is now a surefire Golf Hall Of Famer.  All it took was one big week at a major championship to completely answer any criticism of Garcia’s career.  Garcia’s green jacket is the rising tide that lifts all of his many other career accomplishment ships (the nine other PGA Tour wins, the 12 European Tour wins, the Ryder Cup triumphs).

I admit, it looked for all the world that Sergio was going to blow it again during that final round when he started spraying the ball all over the course around the start of the back nine.  The Sergio of ten, five, maybe even one year ago goes on to post a 75 in that round.  This year’s Sergio, however, righted the ship.  It helped that Justin Rose didn’t pull out to a big lead in front of him, and nobody really made much of a charge coming up from behind him.  And, just to fully established the Fancy New Sergio, he even recovered to win the playoff after missing a Masters-winning putt on the 18th.  He’s unbreakable, this man!

Between Jason Day, Danny Willett, Dustin Johnson, Henrik Stenson, Jimmy Walker and now Garcia, the “best player without a major” list has taken some gigantic hits over the last couple of years.  Somewhere, a hopeful Lee Westwood rubs his rabbit foot* and wishes that his luck can also turn.  Somewhere, Luke Donald just glumly eats a can of uncooked ravioli, knowing that his time has completely passed.

A hidden gem of an SNL sketch that never made it to air a few years ago.  This is a dead-on spoof of literally every talking-head countdown show, and/or every Listamania post I’ve ever published.

Secondly, if I’m forced to stay in Gotham and take my chances with Batman, Robin, Red Robin, Batgirl, Batwoman, Huntress, Nightwing on occasion, I probably don’t press my luck further by working for a notorious super villain.  For one, they’re likely to have you press up in some type of demeaning costume to fit their gimmick.  Secondly, most of them are just as likely to kill you on the spur of a moment as they are to, you know, actually pay you or something.  These folks are almost all crazy.  Who would book a job as a henchman for, like, the Joker and feel comfortable about that decision?  In that scenario, getting arrested by Batman is probably your best-case scenario.
Posted by Question Mark at 11:22 PM