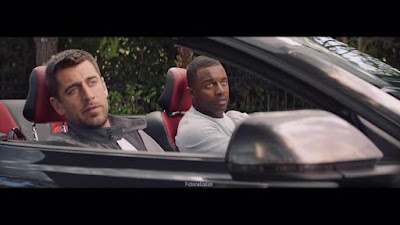 Ok, my total pessimism about Green Bay’s chances during my three playoff prediction posts (you’ll notice I took their opponents every time) wasn’t a complete feint, since I honestly wasn’t too impressed by the team as a whole.  I was only impressed with Aaron Rodgers, who might be as good as any quarterback who’s ever played the game.  Don’t forget, two months ago, this team was garbage.  They were 4-6 and looking terrible on both sides of the ball before Rodgers made his now-famous “run the table” comment.  It wouldn’t shock me if Rodgers revealed that he had an injury or something over those first 10 games since he was clearly out of sorts himself, though it’s possible he was just pressing too much.  Whatever the case, he got himself together and single-handedly carried his team to eight straight wins.  That’s not easy to do, no matter who you’re playing.  Rodgers is the best, yet it’s unfortunate that this is yet another of his prime seasons wasted.

It feels like I’ve already written some form of Packers Postmortem in my prediction posts, and in a larger sense, it feels like I basically write the same thing every year.  Too many injuries*, the defense was mediocre, coaching was mediocre…that covers about every square on Mark’s Packer Criticisms Bingo.  It’s frustrating that these issues keep cropping up virtually every season, and while on the one hand, sure, Green Bay makes the playoffs every year and I shouldn’t complain, WHY NOT complain when they’re always so close?  I feel like this season more than ever showed the immense value in having an all-world quarterback, yet apart from 2011, the Packers simply haven’t been able to amass the other talent necessary to cash in for a championship.

* = though since every team has to deal with injuries, the criticism is really on the front office for not having enough depth to account for those injuries

Let it be said, the Falcons are clearly a fantastic team.  Their offense is eye-popping.  While Dom Capers’ game plan of “let’s stand ten yards away from every receiver and never rush Matt Ryan” was not a masterpiece, Atlanta may simply be unstoppable.  A Green Bay defense that was, say, 50% better across the board might well have still been swarmed like the Packers were yesterday.  I feel like I can toss a crumped-up piece of paper at the garbage can on the other side of this room and Julio Jones will jump out of nowhere and catch it.  And really, getting totally blown out by a better team is actually by far the least-painful of Green Bay’s recent playoff losses.  Better to just flat-out lose to a superior team than to endure an overtime loss, or a late collapse, or to lose on a boneheaded play, or lose on all three things (god, that Seattle game).

If I’m Packers GM Ted Thompson, I have a busy offseason ahead of me.  I fire Mike McCarthy (I know, I know, all those consecutive playoff season, whatever), I fire Dom Capers, I revamp the defense as much as feasibly possible, I add a couple more offensive linemen since Rodgers’ health is the top priority, I get a proper running back rather than supersub Ty Montgomery and I actually SPEND ON FREE AGENTS to make some of these things happen.  Packers fans shouldn’t see the signing of a veteran free agent as much of a rarity as a leap year.

There it is, just a few things on the list!  Rodgers is 33 now, he can’t do this forever.  It would be a legit waste if Green Bay ends Rodgers’ tenure with just one Super Bowl title.  (Pause to giggle at my own self-indulgence while thinking of the sad-sack Lions/Vikings/Bears/etc. fans who would kill for ‘just one title.’)
Posted by Question Mark at 1:20 AM