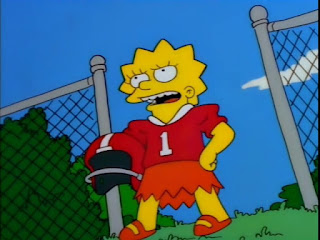 I’ll level with you, gang — I have paid almost zero attention to the NFL offseason.  Last season was just so depressing and fractured both on and off the field that I think I needed some time to just completely disconnect from pro football.  As such, my preseason picks might be less than their usual 100% accuracy.  Maybe somewhere in the 95-96% stone-cold accurate range, but still.

AFC West: Chiefs, Broncos, Raiders, Chargers
Denver had literally every break go their way last season, so stand back and let the regression begin.  Oakland is running neck-and-neck with Jacksonville as this year’s “preseason darling who ends up being terrible” or “preseason darling who ends up being pretty good” but I can’t tell who’s who.  Los Ange….er, San Diego will be terrible again unless Jake Taylor and Wild Thing Vaughn show up on the roster.  That leaves the Chiefs as the favourite in the division, pulling the ol’ Andy Reid staple of a solid regular season followed by a playoff letdown.

AFC South: Texans, Jaguars, Titans, Colts
This isn’t really my predicted order of finish as much as it is my listing of how likely each team is to win this crazy division.  Indianapolis is last because I absolutely cannot see their toxic front office/coaching situation turning itself around.  You could even talk me into Tennessee over the Colts, which is saying something since I literally couldn’t name five Titans players.  As noted, Jacksonville could either be surprisingly frisky or a disaster, and it’s a coin flip in either direction.  That leaves Houston, and man, Brock Osweiler.  I guess the Texans have had some success in the past despite sub-replacement level play at quarterback, but yikes.

AFC North: Bengals, Steelers, Ravens, Browns
Well, Cleveland will finish last.  I could ignore the next 50 NFL offseasons and still know that.  It’ll be a brawl between the big three, particularly if Joe Flacco returns healthy for Baltimore.

AFC East: Patriots, Jets, Bills, Dolphins
Tom Brady could’ve honestly gotten a season-long suspension and I’d still pick New England.  I mean, look at these teams.  Buffalo is already getting injuries like crazy.  Miami is one of the most under-the-radar worst-run teams in pro sports.  New York is…making the playoffs.  Yeah, I don’t get it either, this seems like one of those weird ‘Jets make the playoffs’ years despite Oakland, Baltimore, Jacksonville, Denver and geez, maybe even the Colts having more talent.

NFC West: Seahawks, Cardinals, Rams, 49ers
Looks like a pretty clear path to another Seattle division crown, especially since Carson Palmer apparently forgot how football works last January.  Arizona should still cost to second place since they’ll still be able to top the eternally 7-9 Rams and the potentially horrific 49ers.  Part of me hopes San Francisco finishes with something borderline surprisingly respectable (like 6-10 or 7-9 to tie Los Angeles) just so people can get their hopes up about Chip Kelly again before everything implodes the season after.

NFC South: Panthers, Buccaneers, Falcons, Saints
The inverse of the AFC North, where you have one team that’s the clear favourite and then three teams that could finish in any order and I wouldn’t be surprised.  Barring injury, I don’t see any reason Carolina wouldn’t win this division.  Maybe the Bucs actually finally live up to expectations this season with a new coach?  Maybe Atlanta’s defense is only D-minus bad instead of F-minus bad?  Maybe the Saints find a time machine and revert to 2010?

NFC North: Packers, Vikings, Bears, Lions
I was actually worried about Minnesota there for a second before Teddy Bridgewater’s knee literally exploded and the Vikings responded by acquiring Sam Bradford (!) for a first-round pick (!!)  How long do you think it took the Eagles to say yes to that offer?  Five seconds?  Ten?  I’m vaguely concerned about Chicago as a sleeper, while hilariously unconcerned about Detroit.  As for the Packers, well, it was their usual offseason of relying on questionable draft picks and virtually zero free agents.  But hey, at least no stars suffered season-ending injuries during exhibition games.  Big plus!

NFC East: Washington, Giants, Eagles, Cowboys
Another tossup of a division.  I’ll take Washington to defend its title since they somehow have the fewest question marks of this bunch, and wow, how is WASHINGTON the most stable team in a division?  Like the Jets, this seems like one of those random years where the Giants will inexplicably win games despite a lack of talent on the roster.  Philly improves on the basis of “got rid of Chip Kelly,” while Dallas will struggle on the basis of “Tony Romo is hurt.”  These are two immutable rules, folks.

Super Bowl 51: Seahawks over Patriots
When one hasn’t done one’s prep, simply pick a Super Bowl pitting the two best teams of the last three years against each other.  Done and done!  This time, Pete Carroll calls a run play.
Posted by Question Mark at 2:23 AM