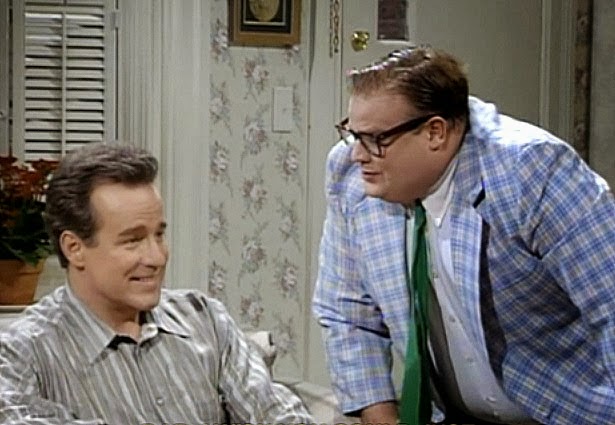 In honour of SNL’s 40th anniversary, I felt it was time to update my old list of the best cast members in the show’s history.  My old list was written only 2.5 years ago, yet looking back on it, I cringed.  2012 Mark was a fool!  Perhaps my favourite part of the old list was the Facebook comment from my friend Carm, who was worried that I’d included Nancy Walls since she hated her on the show.  Of all people, Nancy freakin’ Walls was your most-hated cast member?  She was on SNL for a grand total of one season!  She was so inoffensive!

Anyway, with an extra 30 months of wisdom behind me, here’s the new list.  To recap the rules, my main criteria point was judging people solely by how funny they were on SNL — and only SNL, not on anything they did before or after they were cast members, whether they became one of my favourites (i.e. Amy Poehler) or vanished into obscurity (far too many to name).  Other factors were length of tenure in the cast, comic versatility and, to be nit-picky, choosing people who were actually officially in ‘the cast.’  This means no multi-time hosts who seemed like virtual cast members, or well-known performers on the show who were only “featured players” (so no Al Franken, who otherwise would’ve made the cut).  Why did I stop at 43?  Well, that’s just the number that felt right to me.  If you have a favourite cast member that’s not here, just pretend they were number #44.

Before, we get to the list proper, let's get to the honourable mentions, or as I call it, "The Rest."  These are the people I at least considered putting on the list…

To avoid explanations on why they weren’t considered: Amy Poehler, Jimmy Fallon, Maya Rudolph.  They’re all big names who seem like odd omissions, yet to me, on SNL they seemed less like quality sketch performers than did giggly pals in a ninth-grade talent show.  Rudolph was actually on the 2012 list but in hindsight, I might’ve just been temporarily swayed by her recent hosting appearance (which was genuinely very good) as opposed to her eight years on the show (which weren’t).  Poehler’s first season was great and it was all downhill from there, though thanks to “Parks & Recreation,” I now adore her.  I used to describe Fallon as either the most overrated SNLer or the biggest waste of talent ever, but after a few years of the Tonight Show, his true ceiling might be “Hey, Remember The 90’s?” talking head rather than an actual, y’know, comedian.

And with that out of the way, onto the list!  Interestingly, the last list was 44 people, so I’m clearly getting pickier in my old age.