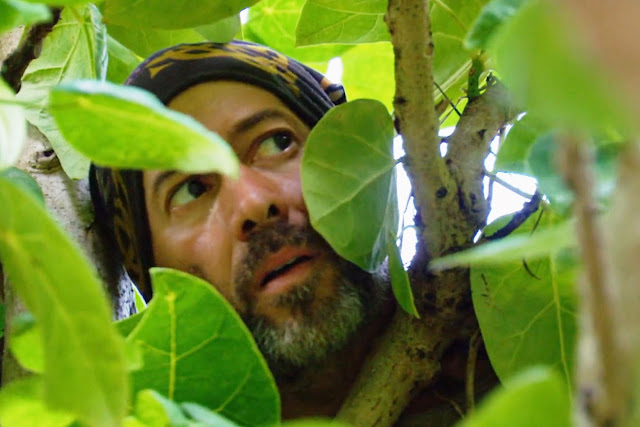 For as much as Michele felt she had something more to prove* going into the Winners At War season, it could be argued that Tony Vlachos needed a bit more validation to his Survivor reputation.  After all, his initial win in Cagayan got a bit of an asterisk thanks to his ability to load up on immunity idols, plus the fact that just about every break went his way in that season.  Once Tony was the second boot of the Game Changers season, it seemed to underline Tony as a one-trick pony who couldn’t escape the spotlight once people actually knew to target him.

* = which she didn’t, as hindsight has shown that Aubry and Tai weren’t exactly masterminds at this game.

But with a win here, Tony firmly takes his place amongst Survivor’s all-time greats, and he has a valid case as the Survivor GOAT.  It’s kind of fun that he and Sandra have such different skillsets within the game, since it only continues the argument over who is truly the best ever, particularly since the two of them have played head-to-head twice.  Here’s where I include the obvious caveat that it’s almost impossible to say that any particular player can be the undisputed “best ever” at a game that has changed so dramatically and drastically over 40 seasons, especially when that game changes its rules and structure on a near-annual basis.  Maybe the easiest caveat is to say that Sandra is the Queen of the first 20 seasons, whereas Tony is the King of the “Modern Survivor” era.


How He Won: Ironically, Sandra probably should have approached Tony this time just as she did in Game Changers — get him out of the game before he gets on a roll.  People forget that Sandra and Tony were actually originally planning to team up throughout Game Changers before Tony’s spying-induced paranoia led him to turn on Sandra instead, and she quickly turned the tables on him.  This time, Sandra again aligned with Tony, perhaps in something of a “nobody would see this coming” move, or a decision to keep her enemies closer.  Beyond what Sandra did, however, if the free agent alliance of Yul, Nick, Wendell and Sophie had opted to go after the trio of Sandra and Cops R’ Us rather than the so-called “poker alliance” of Kim, Jeremy, and Amber, the season would have played out completely differently.

Since once Tony got some time to maneuver, it was off to the races.  He made a point of being much more low-key than in his previous two seasons, and it seems like his quick ouster in S34 lessened his threat level in the eyes of some of the other players.  (Survivor trivia: coming into this season, Tony had the second-earliest ouster of any past winner, except for Tina going out first in All-Stars.)  He had the bonus of playing alongside his real-life thick-as-thieves friend in Sarah, and Tony was also able to pick up another rock-solid ally in Ben.  That was Tony’s ideal final three, yet he also had a big outer layer of extra allies — at varying points in the game, Denise, Jeremy, Nick, Sophie, Kim, Sandra, and Tyson were on Tony’s side, with those first three thinking they were particularly tight with Tony.

In short, it was a lot like what Tony did in Cagayan.  He had his core group in place, and then slowly picked off the outer layer when necessary, marshalling those outside his group to join him in a blindside to help save themselves.  (The Sophie vote is the best example of this.)  Nick and Jeremy were particularly helpful in this regard, acting as essentially double agents and keeping Tony abreast of whatever tricks Kim or Michele might have planned.

Somewhat remarkably, Tony didn’t have a single vote against him during the entire game.  He helped himself with four immunity wins, and Sarah/Ben also were rarely targeted since I got the impression that a lot of the cast were eyeing them as FTC goats.  After all these years of Survivor, you still rarely see players near the endgame target the most obvious goats, which is an underrated brilliant move to shake things up — to wit, Cirie’s legendary 3-2-1 vote to eliminate Courtney in S12).


Skillset: So after discussing the wisdom of figuring out a core group and then using an outer layer of allies….forget all of it, since Tony ended up winning despite not even getting to the F3 with Sarah or Ben.  In fact, it was almost a nightmare scenario on paper, because he found himself next to the well-liked Michele who didn’t betray anyone, and to Edge Of Extinction boss Natalie, who had the singular “worst to first” narrative going for her.  And yet even against those two rather than her preferred choices, Tony still won the jury vote in a 12-4 landslide.

(Obligatory rant: holy crap did it bother me that the Edge twist returned, especially in a season that ostensibly was supposed to determine the “best winner ever.”  I realize that a lot of the cast wouldn’t have agreed to return without the EoE safety net, but Natalie came within eight votes of creating another season where everyone essentially lost.  I would’ve been more than pleased to see Natalie as a two-time winner if she’d stayed in the game throughout, but I was predisposed to root against the possibility of another Edge winner, no matter who it was.  I really, really hope Survivor never does the Edge again, since it undermines everything about the one-vote survival premise.  While they’re at it, they can lose the fire tokens too, though I suspect those will be in the game for a long time to come.)

Tony’s biggest asset, much more than his ability to find idols or his newfound challenge prowess, is his general likability.  Everyone seems to get along with the guy, and even his so-called “paranoid” antics are looked upon with amusement rather than annoyance.  Look at how hard everyone laughed at FTC when Tony was telling them about his spy nest.  The reason he’s able to skillfully pull off these blindsides is that everyone trusts him until it’s too late, and then when it happens, nobody is ultimately too upset about it.

To his credit, Tony’s no-hard-feelings vibe isn’t an act — when he was booted in Game Changers, his postgame comments didn’t carry an ounce of bitterness, and he tipped his cap to Sandra for eliminating him.  Unlike other all-returnees seasons, it didn’t seem like there was much sourness during Winners At War, probably in part because everyone had already won the game and wasn’t approaching it with any desperation.  This was a perfect environment for Tony to thrive, and thrive he did.


Could He Do It Again?: Now here’s where I can have to say no, since if you find yourself playing Survivor against Tony Vlachos and don’t try to eliminate him ASAP, you are a prize fool.  Not sure if he’d want to come back for a third time for another all-winners go-around or maybe some kind of Tony vs. Sandra gimmick season……or, to be frank, if there will be any Survivor seasons at all in the future given how the show can’t be produced in anything close to its current form due to the pandemic.

If this is the last Survivor season we see for years (or even ever), at least it went out on something of a natural endpoint.  Twenty former winners, many of the game’s best-ever players, and a worthy victor in Tony make Winners At War to be a decent enough “series finale.”
Posted by Question Mark at 12:30 AM