It’s a little unusual that Timon Of Athens is one of the lesser-known and least-performed of Shakespeare’s plays, since of his entire oeuvre, this is the one that might be most relatable to modern audiences.  As you might expect, quite a few concepts that seemed normal to Elizabethan audiences are alien to 2016 readers, yet TOA could essentially have been written yesterday in terms of its overarching themes.

Some critics have argued that the play’s story is more simplistic than simple, so combined with the admittedly weird story structure, TOA is usually ranked near the bottom of the Shakespeare rankings…but not my rankings!  It’s a flawed work, to be sure, though I actually quite enjoyed a straight-ahead morality tale.  There aren’t many shades of grey here — Timon is the well-meaning but foolish protagonist, his usurers are all absolute slimeballs, Flavius is incredibly loyal and Alcibiades’ somewhat shaky moral ground is excused because he has such a badass name.

If I was reading this in a university English class, there would undoubtedly be at least one person (probably a business student) who made the argument that “well, the three lords weren’t in the wrong to not lend Timon some money.  After all, they knew he’d just spend it anyway!”  This guy would be an enormous jerk, and while he would technically be right on two counts, consider that Lucius had one of his own guys among the many representatives at Timon’s place wielding bills.  I don’t think it was ever exactly stated in the play, but I got the impression that Lucius’ “bill” was generated when he gave Timon a gift and Timon insisted on paying for it rather than receive generosity himself.  So Lucius is just a world-class weasel to actually charge Timon for it. 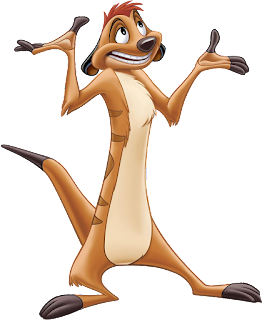 Though really, Timon, what the hell, man?  Demanding to pay full price for gifts you yourself receive?  That takes spendthrift-iness to a new level.  That’s the only real instance where you have to scratch your head at Timon’s spending, since otherwise, the poor guy is simply (literally) generous to a fault.  Consider how often a Shakespeare reader finds himself getting angry with the “tragic hero” when they do something really dumb to bring ruin upon themselves.  With Timon, it’s just like…oh, honey.

Though really, this is one of those tragedies that tends to veer a bit closer to Problem Play territory given that, even though Timon isn’t there to enjoy it, he gets his revenge.  He gets his riches more or less restored by the gold he finds in the woods, and then he basically unleashes the four horsemen upon Athens — War and Conquest (Alcibiades), Plague (the venereal diseases he encourages the whores to spread around town) and Death (the ultimate fate of Lucius, Sempronius, Lucullus and the other senators and non-lenders within the ten percent of the population that Alcibiades wipes out).  The actual tragic protagonist of the title might be Athens itself, given how the lack of generosity of its most notable citizens sort of leads to its conquest, though it isn’t totally clear whether or not Alcibiades’ army was entirely funded by the gold.  He might’ve been able to conquer Athens without Timon being involved whatsoever, which would have the effect of making Timon into the Inglourious Basterds and Alcibiades into Shosanna Dreyfus.  Regardless, I guess if Timon hadn’t been so angry, he might’ve been able to save the city as its de facto leader given the mutual respect between he and Alcibiades.

One kind of has to read into the story like this given how the play is often considered to be unfinished given the relative lack of depth.  Since critics often try to excuse Shakespeare’s lesser plays by assuming the so-called non-Shakespearean elements were the work of a collaborator, Thomas “Thrown Under The Bus By History” Middleton is often considered to be the co-writer on this one.  Poor Middleton.  At least he got the last laugh by having his future ancestors marry into the British throne (citation needed).  As always, I note that Shakespeare wasn’t infallible — maybe the guy was experimenting with something out of his usual comfort zone and it didn’t quite work.  For all we know, maybe Middleton salvaged a workable play out of a rougher draft that would’ve really put a black mark on Shakespeare’s record.

Apropos of nothing, I’ve been to Athens!  Spent roughly 24 hours there as part of a trip to attend a wedding.  I don’t want to say that staying at the Athens Holiday Inn was quite like one of Timon’s lavish parties, but it wasn’t not not like that either.  One weird design flaw; I walk into my room and the lights go on automatically, but then they also go off automatically a couple of minutes later.  I flick the light switches on the wall and on the lamps, but nothing.  I call down to the front desk, and they tell me that to activate the lights, I have to put my room card into a little slot next to the front door.  Supposedly the logic here is that this will save on energy if guests keep leaving lights on when they’re out of the room?  Clearly, Athenians are so spooked by Timon’s downfall that years later, they’re still trying to be frugal.

My New Year's resolution for 2012 was to re-read (and in some cases, read for the first time) all 38 of William Shakespeare's plays.  2012 has long since ended, but still, onward and upward.  And, since in these modern times it's impossible to undertake a personal project without blogging about it, here are a series of reviews/personal observances I'll make about the plays.  Well, 'reviews' is a bit of a stretch.  It's William freakin’ Shakespeare.  What am I going to tell you, "Don't bother reading this one, folks!  What a stinker!  Ol' Mark doesn't like it, so you should definitely believe ME over 400 years of dramatic criticism!"
Posted by Question Mark at 3:59 AM