That’s right, I haven’t forgotten about the Shakespeare re-read project!  Somewhat unbelievably, this is my first play review of 2016.  My months-long hiatus did lead to one setback, as I’d somehow gone my entire life without knowing about the “feed your enemy’s kids to them” twist in Titus Andronicus.  It would’ve been quite the shocking scene for me…if I hadn’t seen this very plot point from the play cited during a recap of the Game Of Thrones season finale (no spoilers).  So, if I’d actually gotten around to reading TA when originally intended months ago, I wouldn’t have spent the entire play just waiting to get to the proverbial fireworks factory of that one big scene.

I kind of figured the scene wouldn’t come until the climax, and sure enough, I was right.  That being said, so many horrific things happen during this play that “feed your enemy’s kids to them” actually doesn’t stand out as the obvious bottom of the barrel.  Holy moly, the play’s reputation as the most crazy-violent and bloody of Shakespeare’s canon is well-deserved.

Perhaps because of that reason, it is also often held up as the worst of Shakespeare’s plays.  Some critics even argue that it couldn’t have been written by Shakespeare at all due to the low quality, which I’d say is a wee bit of historic whitewashing.  Even Wayne Gretzky missed a few nets, you know.  As you’ll see from my rankings, I don’t consider Titus Andronicus to be his worst play, though it may be his least-structured.  Scenes range from crazily-overlong to very short, with characters not actually leaving the stage between scenes in many cases — if there was ever a play that could’ve abandoned the traditional five-act format of the time, this was probably it.  Titus Andronicus is widely considered to have been written early in Shakespeare’s career and it was his first tragedy, which probably explains the sloppiness and relatively low quality. 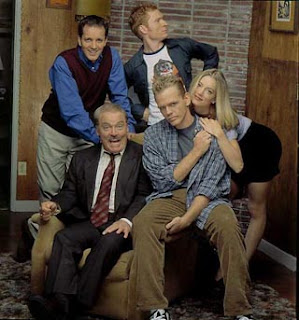 It’s interesting that most modern productions very liberally trim the fat from the original text, cutting out several unnecessary scenes or plot points that confuse or muddle the story or characterization.  There also seem to be two central ways to stage Titus Andronicus nowadays — either the violence is performed in a very stylized fashion (i.e. representing the blood with red scarves) so the horror is slightly less visceral, or to so over the top and almost make the play a dark comedy, a la Evil Dead or a Tarantino movie.  It isn’t hard to imagine a very broad Titus Andronicus production where the first three rows are required to wear plastic sheets to product them from the exaggerated blood splatter from the stage.

You almost need one of those methods to properly stage this play since doing it in a straight-forward dramatic manner seems almost too much to bear.  The rape and mutilation of Lavinia has to be the single most terrifying sequence of Shakespeare’s career.  I don’t know how an audience could get through Act II, scene iv without breaking down.  The scene’s very inclusion represents Shakespeare’s inexperience as a playwright, since obviously this is the point where the reader/viewer is all-systems-go on seeing the villains horribly punished, except it’s a little uneasy since Titus himself has been portrayed as such a tyrant earlier in the play.  Throughout the first act and a half, I wasn’t sure if this play was the story of Titus and company as the protagonists, or the story of the Goths and the Andronici children teaming up to avenge their brother’s death at the hands of their mad father and the foolish emperor Saturninus.

Needless to say, Lavinia’s attack puts one clearly on her side along with Lucius and Marcus, though those two guys have their issues themselves.  But the problem with Titus is a bit harder to swallow, given that, you know, he KILLED ONE OF HIS SONS in the play’s very first scene.  In fairness, Titus mentions that he has lost 20 sons in war, so perhaps this guy is simply so fertile that he can toss off a kid as quickly as you or I might throw out an old pair of socks.  (Hell, even the remaining sons get over poor Mutius’ death pretty quickly and get back on board with their old man.)  But still, with 20 sons down, you’d think Titus would be more protective of the five children he still has left.*  In summation, “child murder = bad” continues to be the official stance of this blog.

* = also, Titus had 25 children but apparently only one of them was a girl?  This guy was the bizarro Henry VIII.

Titus also doesn’t exactly do much to regain the audience’s sympathy by play’s end, when he rather casually murders Lavinia.  Even weirder, he does it basically on the recommendation of Saturninus, a guy Titus is preparing to also murder.  Poor Lavinia, who has been through sufferings nobody should endure, gets revenge on her attackers…and then is killed by her father?  What?  I don’t care how early in Shakespeare’s career this was, or what the cultural feeling of the day towards honour killings was, it makes no narrative sense.

This was my first time reading Titus Andronicus, so I couldn’t help but see the play as something of a poor man’s version of King Lear.  The difference, of course, is that by the time Shakespeare got around to writing Lear later in his career, he had the knowhow to not eradicate Lear’s sympathy right off the bat.  Banishing Cordelia is an error that Lear can theoretically still correct; if he’d killed her, that’s a bridge too far.  There are quite a few notable Lear/Titus parallels…the lead characters, Aaron and Edmund, Marcus/Lucius as a proto-version of Kent and Edgar, Tamora and Saturninus as Regan and Cornwall, Lavinia as both Cordelia or perhaps Gloucester (in terms of the maiming), and there’s even that random clown as a very poor man’s version of the Fool.  It’s like ol’ Will kept the basic idea in his head for years, perhaps unsatisfied with his early stab (no pun intended) at it, and then revisited it years later and tied it to the actual coherent story of the Leir legend.

Given how early TA came in Shakespeare’s career, it could be said that Aaron is his first great villain.  (Well, his first great intentional villain, given how the horrible behaviour of the dudes in Two Gentlemen Of Verona or Taming Of The Shrew is either excused or played for laughs.)  In Aaron, you definitely see a combination of both Iago as a behind-the-scenes mastermind, as well as Shylock, a caricature of a “villain” who becomes more sympathetic when seen through modern eyes.  In Shakespeare’s time, Aaron is a near-inhuman moor who literally goes to his grave wishing he had perpetrated even more evil.  In today’s time, Aaron could very easily be portrayed as something of an anti-hero, going on a “the hell with them all” vengeance rampage in the face of the constant racial intolerance he faces throughout the play.  The scene of Titus and Marcus killing the fly, for instance, is so cringeworthy that it’s one of those scenes that is often cut from modern productions due to the overt racism.

If this was Shakespeare’s first tragedy, one can infer that he was trying to underline the ‘drama’ of the piece by making it as lacking in wit as possible.  Most of Shakespeare’s tragedies have some element of comic relief, whether it’s something as simple as two witty characters exchanging dialogue on an unrelated matter to fill a scene.  Not in Titus Andronicus — the closest we get is Demetrius and Chiron quarrelling over Lavinia, and that scene goes to hell when it culminates in Aaron coming up with a plan for them to capture and rape her.  (And, as I noted, at this point in play you’re still not sure who the ‘good guys’ are since we’re just an act away from Titus murdering his son in cold blood!  Shakespeare’s early comedies were so rapey that I was like, “well, uh, maybe Demetrius and Chiron will have a change of heart?”)

While not his worst play, TA certainly isn’t one of Shakespeare’s better plays, given its rough dialogue, wild plot twists and rather haphazard construction.  I guess I’d mark the extreme violence as a negative as well, though in a weird way, it’s the only interesting element of the entire play.  If it was your usual set of poison-and-stabbings, Titus Andronicus would barely be remembered; the absolute excess of the violence makes it stand out.  This is Shakespeare by way of a Saw movie.

It is so in-your-face that I don’t really have any desire to see this text actually portrayed, be it on stage or on the screen.  Julie Taymor directed a film version years ago, but if I wanted to see a Julie Taymor production filled with broken bodies everywhere, I would’ve seen her Spider-Man musical.  Unbelievably, TA was recently performed in Toronto’s High Park for its annual ‘Shakespeare in the Park’ performances, which seems like a hilariously poor choice given that they usually opt for more family-friendly material (Tempest, Midsummer Night’s Dream, Comedy Of Errors, etc.)  Some poor parent dragging their kids to the park for some culture will be in for as much of a rude awakening as the parent who took their kids to ‘Sausage Party.’

My New Year's resolution for 2012 was to re-read (and in some cases, read for the first time) all 38 of William Shakespeare's plays.  2012 has long since ended, but still, onward and upward.  And, since in these modern times it's impossible to undertake a personal project without blogging about it, here are a series of reviews/personal observances I'll make about the plays.  Well, 'reviews' is a bit of a stretch.  It's William freakin’ Shakespeare.  What am I going to tell you, "Don't bother reading this one, folks!  What a stinker!  Ol' Mark doesn't like it, so you should definitely believe ME over 400 years of dramatic criticism!"
Posted by Question Mark at 4:21 AM