My experience with “Cymbeline” is essentially the reason I started this re-read project in the first place.  It’s a play I knew virtually nothing about aside from its place in Shakespeare’s canon, so I went into it totally cold and came out warm as a woodstove thanks to this hidden masterpiece.  I still have a long ways to go before I finish all the plays (fingers crossed for 2018!), yet there’s a very good chance that Cymbeline might go down as the winner of my Most Underrated Shakespeare Play award.  The trophy, since you asked, is a gold bust of my head with an expression on my face that implies, “Hmm, hey, this ain’t half bad,” sort of like when you order coffee at a lousy diner and are expecting the worst, yet when you actually take a sip, you can’t help react positively due to the exceeded expectations.  I’m talking to my sculptor about adding in some kind of animatronic gizmo to the bust so it can give a little head nod, but that’s up in the air due to budget concerns.  Stay tuned.

Anyway, back to the play, this sprawling, ridiculous, tonally everywhere gem of a play.  Many critics and scholars have pointed out (both positively and negatively) that Cymbeline almost like a Shakespearean greatest hits package all wrapped up into one play.  It’s a history, a comedy, disguised identities, magic, royal treachery, deceptive villains, long-lost family members, leaping from ancient England to 16th-century Italy with no explanation, deus ex machina, high drama, low farce, about four different plots weaving around at the same time.  It’s basically everything except a tragedy, which is weird since it’s listed in the ‘tragedy’ section of the First Folio.  Basically all I knew about Cymbeline going in was that it was a tragedy, so I kept waiting for the other shoe to drop during that interminable final scene — was the heretofore happy ending going to be ruined by someone suddenly dying out of nowhere?  Was, like, Cloten going to ride in a la the Headless Horseman and stab Innogen* through the heart?

* = depending on which text you read, the lead character’s name is either Innogen or Imogene, the latter of which admittedly makes more sense to modern eyes.  I’m sticking with Innogen since that’s how it appeared in my copy of the play, as much as this usage annoys my word processor’s spellcheck.

Instead, everyone lives happily ever after, which is probably for the best given how ending on a down note after such a sprawling tale would be an especial downer.  I’ve always had a theory that, if you just removed Cordelia’s death, ‘King Lear’ would work as a fantastic comedy, and I feel like Cymbeline is somewhat a version of that.  Actually, the better comparison would be to the second half of The Winter’s Tale, when Shakespeare takes a sharp right turn after the tauntly tragic buildup of the first two acts and change and then goes completely bonkers on us with farce and magic.  Cymbeline is like that second half writ large. 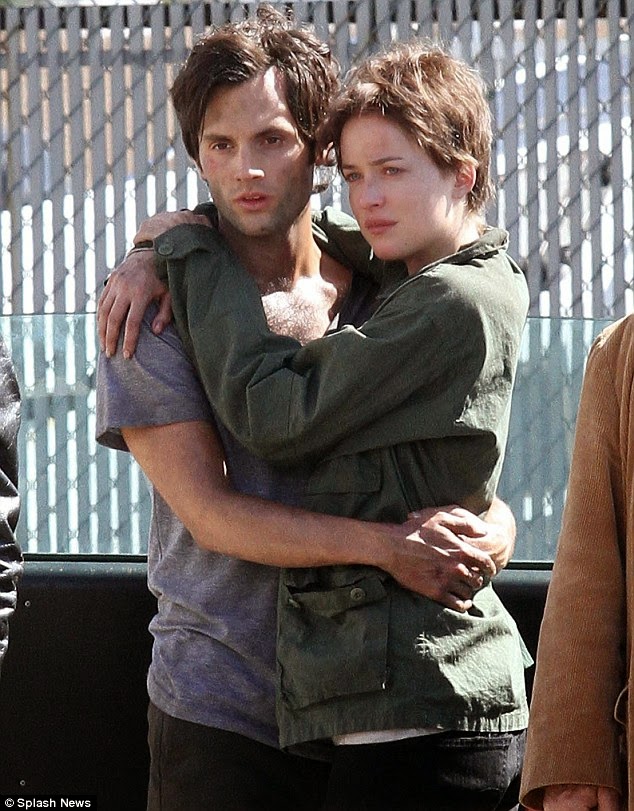 In a way, the tragic “half” of the story has already taken place as we enter the play.  As the two gentlemen recap things for us* in the first scene, Cymbeline is unwittingly married to a horrid Queen, Innogen and Posthumus aren’t allowed to be together and Posthumus has gotten himself banished, and the odious Cloten is lurking around like a prize jackass.  Things are at a low point in England, and the rest of the play will slowly restore things back to order.

* = well, really, it’s just the First Gentleman who does all the recapping while the Second Gentleman literally just says things like “why so?” and “what’s the matter?”  Talk about a thankless role; the First Gentleman might as well be talking on the phone.  We don’t get any background on the two gentlemen though presumably the second guy is an out-of-towner…though it’d be funnier if he was also in Cymbeline’s court and simply had no idea about anything that had gone on in his country over the last 20 years.  Maybe the First Gentleman can deliver all the lines in a, “seriously??  Get a clue, man” tone of voice.

And I do mean slowly, as one of the play’s flaws is that more than a few scenes seem unnecessarily long.  There are more than a few scenes that take 100 lines to say what could be said in 10, as Shakespeare gets a bit carried away with the flowery verse (particularly with the two lost princes in the literally-flowery woodland area of Wales).  I guess if you’re taking every play you’ve ever written, throwing it into a blender and seeing what happens, you’re bound to end up with a few indigestible chunks.

That being said, there’s certainly evidence that Shakespeare is in on the joke.  There’s so much plot involved that the opening scene is literally just the two gentlemen getting everyone up to speed, and the final scene is a whopping 571 lines of the characters finally figuring everything out.  I don’t criticize the play too much for this given that comic denouements generally aren’t Shakespeare’s strong points, and by their very nature tend to be information dumps.  In performance, however, the sheer volume of the revelations coming one after the other is almost always played for laughs.  If everything in the play is already turned up to 11, Shakespeare presumably figured that the ending might as well be similarly overstuffed.

Given the scope of this text, Innogen is something of an incredible role, as she’s the common thread that binds all of these divergent storylines together.  It demands an extraordinary amount of work for an actress to capture her basic innocence, yet also all of her mood swings, and on top of that, how she’s constantly adapting herself to different circumstances as the play develops.  In the beginning she’s essentially a generic love interest; as the scenes roll on, she morphs into aspects of Cleopatra, Desdemona, Juliet, Viola and Isabella all wrapped into one.  You can make a case for her as Shakespeare’s best female character since, as noted, she’s sort of ALL Shakespeare’s best female characters.  (To boot, the Queen is also sort of a poor man’s version of Lady Macbeth.)

Continuing with the “greatest hits” theme, there’s a scholarly theory that Posthumus Leonatus is actually the Leonato from “Much Ado About Nothing,” whose character is married to an unseen/unheard ‘ghost character’ named Innogen.  This is probably not true for various logical reasons, since surely you’d think that after all of the craziness that goes on in this play, Leonato would’ve been much more attuned to figuring out the (comparatively) much simpler deceptions of MAAN.

As noted, I didn’t know anything about Cymbeline as a play, so it’s kind of ironic that I read this sprawling ramshackle directly after Macbeth, which is the definition of a short, tightly-plotted read.  These two plays are totally dissimilar except for their shared goal in completely rewriting actual history.  Just as Shakespeare’s Macbeth had virtually nothing to do with the life of the actual former king of Scotland, King Cymbeline has even less in common with Cunobeline, the ancient Kings of the Britons from 2000 years ago.  In fact, he’d probably be completely forgotten to history today were it not for the fact that Shakespeare decided to take his and his sons’ names and work them into a story that bears no resemblance to facts.  Are these two rulers arguing over this in the afterlife?

Macbeth: I’m the subject of one of the most popular plays of all time, while only the nerdiest of Shakespeare bloggers have even HEARD of your play.

Cunobeline: Your play paints you as a psychotic tyrant.

Macbeth: Well….uh, there’s no such thing as bad publicity?

Macbeth: Oh yeah?  Your character goes to war with the Roman Empire over refusal to pay them a 3000-pound tribute, wins the war and then DECIDES TO PAY THE TRIBUTE ANYWAY, just to keep things cool.  I’m sure all the English soldiers who laid down their lives in the battle were just thrilled to hear about that.

Cunobeline: You listen to witches!

Macbeth: People know how to pronounce my name!

Macbeth: Ed Harris?!  I’ve been played by Orson Welles, Toshiro Mifune and Michael Fassbender, and the best you’ve got is the coach from “Radio”?  You’re not even one of the eight or nine most important characters in your own play!

Annnnnnnd scene.  If you thought this little skit went on just a little too long, that’s essentially what it’s like reading Cymbeline.  It’s the “Cloud Atlas” of Shakespeare plays, which is great if you (like me) loved Cloud Atlas for all of its bombastic audacity.  Cymbeline is Shakespeare just openly screwing around with his readers, his audience and with every dramatic trope in the book, including the ones he himself helped create.  I loved it all, and I hope I discover a half-dozen more plays in the canon just like it.

On a final note, let’s tip our caps to the unsung comic superstar of the play, Cloten’s Second Lord.  I haven’t seen a character so thoroughly devoted to snarky one-liners since that guy from the Airplane! movie.  Cloten is such a buffoon that he’s hard to take seriously despite all his threats of malice (he’s more or less the Theon Greyjoy of the Cymbeline universe), and it’s all thanks to the Second Lord taking him down about a thousand pegs in funny aside after funny aside.  Godspeed, Second Lord.  I wish you were providing MST3K-style commentary throughout all of Shakespeare’s plays.

RANKING THE PLAYS THUS FAR
14. Pericles
13. The Taming Of The Shrew
12. Antony & Cleopatra
11. Much Ado About Nothing
10. Coriolanus
9. The Two Gentlemen Of Verona
8. The Comedy Of Errors
7. The Winter's Tale
6. A Midsummer Night's Dream
5. Julius Caesar
4. Macbeth
3. Cymbeline
2. Twelfth Night
1. Othello

My New Year's resolution for 2012 was to re-read (and in some cases, read for the first time) all 38 of William Shakespeare's plays.  2012 has long since ended, but still, onward and upward.  And, since in these modern times it's impossible to undertake a personal project without blogging about it, here are a series of reviews/personal observances I'll make about the plays.  Well, 'reviews' is a bit of a stretch.  It's William goddamn Shakespeare.  What am I going to tell you, "Don't bother reading this one, folks!  What a stinker!  Ol' Mark doesn't like it, so you should definitely believe ME over 400 years of dramatic criticism!"
Posted by Question Mark at 8:28 AM