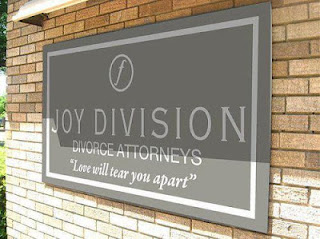 I had a whole post of "Mayor Ford vs. Mayor Wilkins" planned out but scrapped the project halfway through.  It just got too predictable --- despite the fact that Wilkins was into dark magic and wanted to transform himself into a big evil snake demon, I'd still call him a better mayor than Ford.  Because really, given the evidence presented, if you had to pick any political figure to eventually morph into a giant snake, Ford would be high on the list.  (James Carville doesn't count, he was already born a Voldemort-esque snakeman hybrid.)

Aside from the whole demon thing, Wilkins seemed like a pretty genial guy.  Surely you didn't see any cases of, for instance, Wilkins carrying on absurd vendettas against local newspapers.  Though, in fairness, Ford just doesn't like the Toronto Star, whereas Wilkins probably would've had Mr. Trick wreak havoc in the Star offices or something.  And say what you will about Wilkins' purely evil agenda, he got things done in Sunnydale!  That town's crime rate was extremely low, as you saw surprisingly few actual instances of human criminality.  Monster-demon-and-vampire criminality was, of course, up about 10,000%, but hey, nobody's perfect.

So, in lieu of Ford vs. Wilkins, we'll have to stick to some Random Nonsense.

I often link to YouTube clips in these posts, which leads to complications months or years down the road if the clips are taken down.  My Hot Live Music series, for instance, has been ravaged by removed videos.  At least with those posts, however, I had a write-up of the songs so I know what's missing and could conceivably find another clip.  With this post, however, I'm completely in the dark.  What the hell was this video?  I have zero recollection whatsoever, and my oblique introductory paragraph is no help at all.  From my slightly hyperbolic description, it sounds like the clip was the most hilarious thing going.  Could I have been irresponsible enough to post a clip to the menace known as the funniest joke in the world?  (p.s. Let's hope this YouTube link isn't taken down, or this problem will just keep compounding itself.)

Courtesy of MoneySupermarket.com (which is presumably not a Supermarket Sweep fansite), here's a cost breakdown of how much coin Bruce Wayne has invested in his side hobby.  Of course, the actual cost of being Batman is the immeasurable damage to Wayne's mental health, but perhaps that's better served for MentalSupermarket.com.

Glimpse into my own mental makeup here: these are the 25 most-played songs on my iTunes playlist.  Most of the time I just listen to things on shuffle, but apparently these are the songs I check out most often if I'm ever halfway through a track, get bored and flip to something I really like.  Somewhat surprised that there's only one U2 song on this list, and it's an unexpected one to boot.  The most overall embarrassing song is in the eye of the beholder, but my vote is for #23.  Number one is a hilarious surprise, yet still a great song.

Yeah, that's right, YOUR WOMAN in the top spot.  I was as shocked as you are.  It's like the 1997 MuchMusic Countdown all over again.

Lots of excellent entries in the National Geographic Traveler Photo Contest but there's only one winner in my book.  Granted, in pure photographic terms, there are better photos in the pack, but Photo #23 carries the day thanks to tugging on everyone's heartstrings.  Great, I've officially become one of those people that voted The King's Speech for Best Picture.

This pic gets even better due to the presence of that one jackal lurking around, leading me to believe that the boss elephant was giving that jackal the staredown equivalent of the Dirty Harry "make my day" speech. 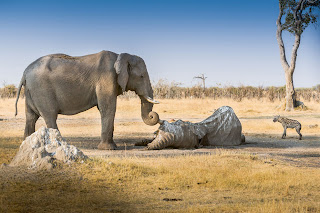 Posted by Question Mark at 1:52 PM