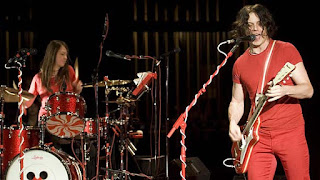 Man, I miss the White Stripes!  Jack White’s solo stuff is good, buuuuuuut….it’s a kind of a shaggy-dog amalgamation of blues, country and rock seemingly without a ton of focus behind it.  Jack once noted that Meg was hard-to-impossible to impress musically, which I feel is kind of a telling comment.  I think he had to work harder to try and win her over, and also perhaps was forced to be more original within the Stripes’ guitar-and-drums milieu.  These limitations led to great music, whereas Jack’s solo stuff when he had full freedom to do whatever he wants has only led to good music.  Ironically, this is almost exactly what the song “Little Room” is about, which is why it made the cut as an epitaph of Jack White’s musical career despite it being written all the way back in 2001.

As always, this list is based on my personal preference, so it’s liable to change as soon as 24 hours from now.  If your favourite White Stripes song isn’t on the list, pretend it was #43 if it’ll help you sleep better at night.  Onto the list!