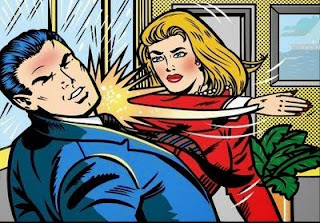 Seven years is a long time.  It's significantly longer than the amount of time most people stay in their jobs, and it's almost as long as the average American divorced couple stays together before they call it off.  George W. Bush was still president seven years ago, Kevin Durant was beginning his rookie year in the NBA, M. Night Shyamalan was still just a good director in a slump rather than a walking calamity…it was a much different time.

And yet it was seven years ago that my reign as Slap Bet Commissioner began, and it has only now come to a close.  I've written before about the ongoing slap bet between my friend Kyle and his brother Taylor, yet to briefly recap things….in late 2007, the two brothers bet on whether or not a "well-known pro poker player" would win the Main Event tournament of the World Series of Poker over the next seven years.  The growing size of the event had led to a number of unknowns winning, and thus Kyle believed that this would keep happening while Taylor believed that an established player would break through at least once in the near future.

The winner of the Slap Bet would get to slap the loser at some point in the future --- the slap could some out of nowhere, it could be at a predetermined time, it could be lorded over the loser for the rest of their lifetime, etc.  At one point, I thought that the Slap Bet would be the greatest legacy that "How I Met Your Mother" would leave the world, yet now I'm thinking it was either the Crazy/Hot scale, making 'Challenge Accepted!' a normal part of the lexicon, introducing the world to Cobie Smulders or setting a new standard for letting down your fans in your final episode.

Anyway, as you might've guessed, seven editions of the WSOP have passed and we now have a Slap Bet champion.  As commissioner, I was put in charge of gauging whether or not a player was "well-known," and for most of the years, my job was pretty easy.  As Kyle had predicted, the Main Event winners had still been players who (while some were successful online) had yet to really achieve fame in the greater poker community.  My old gauge for "poker stardom" used to be if a player had a strong track record at the WSOP or on the World Poker Tour (or European Poker Tour) series yet since poker as a whole has somewhat declined in popularity, I've had to do a bit more research in determining my judgement on some of the borderline players at these final tables.  Yes, that's right, this slap bet went on so long that it even outlasted poker itself as a pop culture phenomenon.  Hell, this bet even outlasted HIMYM, though it was touch-and-go given how that show kept tacking on unnecessary seasons.

Every Main Event brought with it some new drama, since almost every final table involved one clear "well-known pro" or even a superstar of the sport like Phil Ivey, Michael Mizrachi or J.C. Tran.  This year, we had two guys who qualified by my standards of "well-known."  You had Mark Newhouse, who was a finalist at both the 2013 and 2014 WSOP, which interestingly made him a guy who wasn't a star in 2007 but was clearly a star now.*  You also had Martin Jacobson, a long-time EPT staple who was lacking in major wins, yet he had reached a few final tables on both the EPT and WPT circuits.

* = while Kyle was obviously betting on the fact that there are way more unknowns than well-known star pros, the one edge that Taylor had was that the number of well-known star pros grows every year.  Hell, given that I was going by old WPT events, some guy who'd won a first-season WPT event and then done nothing in the last decade might've still qualified as "well-known" by my commissioner-ial decree.

And, of course, Jacobson won the Main Event.  This epic Slap Bet literally came down to the final two players of the seventh year of the qualifying WSOP events, and Taylor (and, y'know, Jacobson) pulled it out.  It was quite the Cinderella story, since I've heard from inside sources that Kyle was already considering his victory a foregone conclusion.

So now, the younger brother gets to slap his older brother in what I'm sure will be a proud moment in their family's history.  I'm doubly bittersweet about this whole situation.  Firstly, as an older brother myself, I hate to see little brothers get any victories whatsoever.  Secondly, my reign as Slap Bet commissioner has officially ended.  It's a sad day.  I so looked forward to my annual 10 minutes of internet research to determine who the hell these random poker players were, plus my subsequent detailed e-mail recap to Kyle and Taylor about the Slap Bet's status.  Now what am I supposed to e-mail them about?  Our lives?  Sports?  General friendship?  How boring.

If you're planning to enter into a potentially years-long wager with a friend, I know someone who can officiate.  I haven't decided yet if I'm going to start including "Slap Bet Commissioner" on my resume.
Posted by Question Mark at 12:14 AM