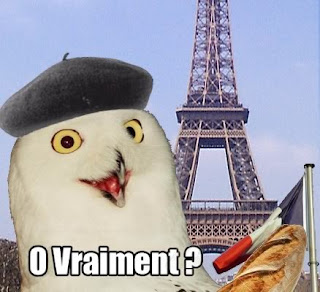 I've been pretty blasé about the upcoming "Man of Steel" because...

a) I'm not crazy about Zack Snyder as a director
b) in the wake of Superman Returns, I've learned to not get my hopes up about any new Superman film project

So essentially, despite all the promising buzz about the movie and the impressive cast (Amy Adams as Lois and Michael Shannon as Zod are both very promising), I wasn't really expecting anything too interesting.  And then I saw the trailer and became nine years old again.

Recently watched Mean Girls for the first time since its original release, and just to make you feel old, it came out nine years ago.  Gadzooks.  Anyway, since a lot of time has passed, it only felt appropriate to see how the cast has fared since 2004 in the POST-MEAN GIRLS CAREER POWER RANKINGS

13. Daniel Franzese.  Aside from one memorable episode of Party Down, it's virtually nada.

12. Jonathan Bennett.  Exactly zero memorable roles aside from taking over from Ryan Reynolds as Van Wilder.  Yes, I'm being very liberal with the use of the word 'memorable.'  Then again, being a generic good-looking guy eventually panned out for Bradley Cooper so there's hope for Bennett yet.

11. Lacey Chabert.  This entry can also be titled "Why Lacey Chabert's agent needs to be fired."  Nine years on and she's behind Lohan, for god's sake.  Technically she's stayed busy by doing voice work on a number of cartoons but come on, Fired Agent, it is really the best use of resources to book someone who looks like Lacey Chabert for nonstop voice work?  If you'd written a Mean Girls power rankings in 2004, Chabert would've easily ranked in the top five based on "holy crap, THAT's what Lacey Chabert looks like?" reactions alone.

10. Lindsay Lohan.  If Chabert would've ranked in the top five in the 2004 power rankings, Lohan would've been so far and away #1 that writing such rankings would've been pointless.  Of course, some might argue they're pointless now but….uh….  While Lohan's ongoing travesty of a career and life is a disappointment considering the promise she showed in 2004, she is going to win me $200,000 in 2017, so I can't be too displeased at this turn of events.  Get the chequebook ready, Sarah.

9. Diego Klattenhoff.  Yep, that's right, Mike from Homeland had a small role in Mean Girls.  Really, it's another strike against Lohan and Chabert than a guy who has probably the least-important role on a terrific but possibly-going-downhill drama, looks and acts like a second-rate John Cena and is named "Diego Klattenhoff" still has had a better post-Mean Girls career than either of them.

T7. Tim Meadows
T7. Ana Gasteyer
It's hard to separate these two since both have gone down the "guest spots and supporting roles on sitcoms" road that so many former Saturday Night Live cast members eventually travel.  This isn't necessarily a bad thing depending on the project though for these two, it's a bit of a shame given how good both of them were on SNL (Gasteyer might be the most underrated cast member ever) and how funny they both are in general.  Also, watching the film again, I'd forgotten how hilarious Meadows was as the incompetent principal.  Fun fact: IMDB still lists "Mean Girls" as the most notable role for both Meadows and Gasteyer when you list their names in the search engine.

6. Neil Flynn.  I feel there's an alternate reality where Flynn is a bigger deal than he is, yet still, major roles on two long-running sitcoms (Scrubs and The Middle) earn him a pretty strong placement on the list.  Earns extra respect for improvising basically all of his Scrubs dialogue as the crazy janitor.

5. Lizzy Caplan.  Not only does everyone love Lizzy Caplan, everyone also thinks she should be a bigger star than she is, whereas I don't think society at large gives a flying damn about Diego Klattenhoff's career prospects.  Will be higher in a few years once the Party Down movie is released and everyone in the cast wins Oscars.  I realize there are more actors on Party Down than there are acting categories at the Academy Awards but there will be several ties.

4. Amanda Seyfried.  Firstly, she was Lilly Kane.  Secondly, Seyfried has risen to prominence simply by doing the exact opposite of everything Lohan did and it's all worked out quite well.  Not to say that all her decisions were great (In Time?  Red Riding Hood?) but still, if you'd bought stock in Seyfried in 2004, you'd be sitting pretty right now aside from the moral cost of buying and selling shares of fellow human beings.  You monster.

3. Amy Poehler.  Here's where the arguments start.  Poehler is about a well-liked a human being as there is and is the star of probably the funniest show on television.  Unfortunately for Parks & Recreation fans, "funniest" doesn't translate to "watched by Nielsen viewers," even though it's almost a lock for another season since NBC has literally nothing else to replace it with.  It's a very close call between Poehler and...

2. Rachel McAdams.  But I'm going with McAdams and not only because she's from my hometown (though that is admittedly a factor).  It's a tough decision since I'm making a "movie star > most TV stars" judgement call.  While McAdams has been in her share of stinkers, she is still a legit movie star whose involvement in a movie is universally seen as a good thing.  Like, if I told you about a new movie and mentioned Rachel McAdams was in it, your reaction would almost surely be "oh, I like her."  With Poehler, I'd guess the reaction would be 80% positive and 20% who?  In a pure power-ranking system McAdams still has a very slight lead though with one more solid award show hosting gig, Poehler would pull ahead.  Then again, if McAdams actually goes through with dating the Raptor, all bets are off.

1. Tina Fey.  When you create and star in one of the funniest sitcoms of all time, become a role model to women (and hell, to men --- I want to be Tina Fey when I grow up) and kinda, sorta have influence on a presidential election, you win the power rankings.

….the Heat.  They're going to win everything.  I shan't waste my time filling out a bracket when resistance is futile against Locutus of James.  I'd set the over/under on number of games is takes for the Heat to win the NBA title: 22.5.