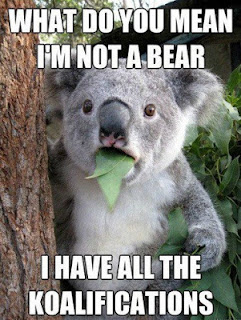 My friend Joanne's apartment building is serviced by the Schindler Elevator Corporation.  How in the world did this company miss the layup of calling itself Schindler's Lifts?

The film "Stoker" is set for release sometime either late this year or early in 2013, and yet it has nothing to do with Bram Stoker, author of Dracula.  This seems unnecessarily confusing.  I blame the screenwriter, Wentworth Miller, who you might remember as the lead guy from Prison Break who had the jail blueprints tattooed on his back, and even fake tattoo ink has a risk of seeping into one's body and affecting one's mental workings.  (I have zero medical knowledge.)  Miller was a big favourite of my friend Lori, who had such a crush on the guy during his mid-2000's heyday that she even found it cute that Miller's childhood nickname was apparently "Stinky."  I'm not sure that's something you can say is endearing unless you've actually smelled Wentworth Miller.  What if he has some kind of gland problem that makes him legitimately smell bad at all times?  What if he's essentially a real-life version of Pig Pen from the Peanuts comics?  Not so attractive now, eh ladies?

The word "man-crush" is thrown around pretty liberally these days, but when it comes to The Greatest Event In Television History, I think it's safe to say I have a man-crush on everyone involved in this video.  Yes, even Megan Mullally and Kathryn Hahn, and it's hard to have man-crushes on women.

I've seen very few movies twice in theatres since really, two movie tickets gets you up in the $25+ range.  Who has that kind of money, John D. Rockefeller?  Anyway, here are the films I've actually paid money to see twice on the big screen, plus the reasons behind my repeat viewings.

* Spider-Man II
This is the only personal favourite I went out of my way to see twice, as the film is near and dear to the 10-year-old Mark that grew up reading Spidey comics.  The first time was a midnight screening and the second was with my friend Maggie.  My other friend Megan begged off since, and this is a true reason, she is deathly afraid of spiders.  I guess this was borderline legitimate given the subject matter but really, aside from the logo on Spidey's chest and the web-themed opening credits, I'm hard-pressed to remember even one actual spider that showed up in the movie.  Hopefully Megan didn't instead spend the night watching what she thought was a nice, spider-free western and got freaked out by Wild Wild West.

* Superman Returns
Ugh.  Saw it on the opening weekend in Toronto and then again a couple of weeks later, when hanging out with my friend Aron and his work friends who were all eager to watch it.  Went into it with an open mind, thinking "Well, maybe my expectations were too high.  Perhaps I'll enjoy it for what it is this time," and then was let down yet again.  The bright side was that I got to re-use all my sarcastic barbs from my first viewing the second time around and they "all" landed again!  I'm hilarious!  (Wait, why were there quote marks around 'all'?)

* Stepbrothers
* Role Models
* The Raid: Redemption
All three seen on the repeat viewings with my buddy Dave, as since Dave is both a fan of goofy comedy and epic violence, I took him along under the "oh man, you've gotta see this" rule.  All three held up just as well on the second viewing, the mark of a truly great comedy or action flick.

* The Hangover
Chalk this one up to poor scheduling.  I was out with my friend Nancy to see some romantic comedy (want to say it was 500 Days Of Summer but it might well have been something more embarrassing) only to realize that the film we were going to see didn't open until the next day, and I had read the movie listings incorrectly.  Damn you, Tribute.ca.  So since we were at the theatre anyway we just went to see Hangover again.  So, counting the time I saw Hangover II in theatres and the time I saw Hangover II on video, I've actually seen Hangover four times.  Question: since apparently Cooper/Helms/Galifianakis negotiated their contracts as a tandem for the Hangover sequels, do you think Justin Bartha tried to shoehorn his way into the group?  "Hey guys, let's all make sure we get treated equally, we're the four stars, right?  Right?"

Don't let the name fool you, any No Frills store has a ton of frills.  Lights.  Air conditioning.  Automatic doors. (Doors whatsoever, really.)  Signs and labels on various food products.  This was not the libertarian ideal of a grocery store that I was promised existed, No Frills.  Ron Paul could scoff at your store just before losing a presidential primary to the assistant manager.

The Onion has gotten into the webseries game and one of its first entries is the spoof reality series Sex House.  Here's a link to the first episode (just over eight minutes long), and you can easily find the rest via the YouTube sidescreen menu.

Now, you might remember that I endorsed another reality spoof, Burning Love, a few months back.  While I'd say that both series are about equally funny, Burning Love at least takes the recognizable form of a reality spoof, whereas Sex House quickly takes on some very unexpected shapes.  I wouldn't dream of spoiling the developments so just check them out for yourself.  Also, if you love frogs, you may want to avoid it altogether.

Someone, somewhere, has once tried to hypnotize a hippo.
Posted by Question Mark at 3:31 PM